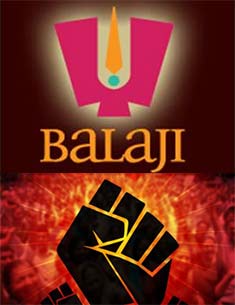 "Ideally, each worker is not supposed to work for more than 12 hours but a few producers make us work for 16 to 18 hours. Balaji is one such production house which makes us work for 18 hours which is unethical. So, we all workers decided to protest yesterday (Tuesday)," union leader Gangeshwar Shrivastav told IANS.

"But later, there was a meeting with the Filmcity's managing director and he said we will have a meeting on May 20 with the producers and will speak about the issue and get it sorted. And if it doesn't get sorted we will go on strike from June 5 again. Not just Filmcity, our workers who were shooting in Mehboob Studio also came here to Filmcity to join the protest," he added.

An official from Filmcity confirmed that shooting resumed from Wednesday morning.

"Yesterday (Tuesday) all the shootings were cancelled because the workers went on strike, but now the issue has been resolved and the shooting began today (Wednesday) morning," said an official from Filmcity.

The studios have been booked for many serials and films, as well as around 10 projects. These include Karan Johar's "Humpty Sharma Ki Dulhania", Shah Rukh Khan-Deepika Padukone starrer "Happy New Year", and Kapil Sharma's "Comedy Nights With Kapil".

Since shooting was not underway, SRK and Karan's films were not affected but Kapil's show got delayed because of the strike.