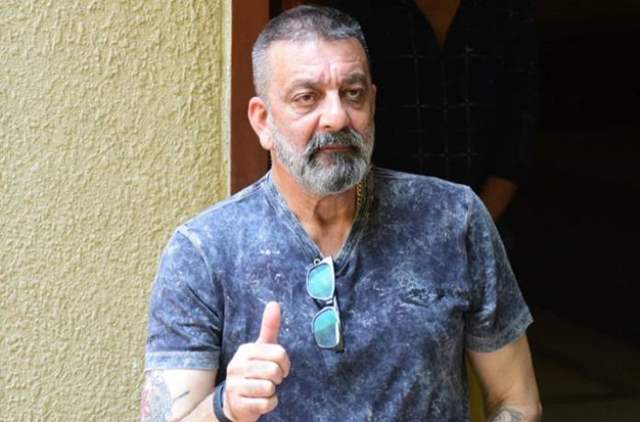 Sanjay Dutt recently announced to the world that he has recovered from Cancer and is on a road to recovery. In a heartfelt post, the superstar shared the happy news with everyone on his twins, Iqra and Sharaan's tenth birthday, adding that the diagnosis and the treatment were very tough on him and his family, but turned him into a strong soldier.

"The last few weeks were a very difficult time for my family and me. But as they say, God gives the hardest battles to his strongest soldiers. And today, on the occasion of my kids’ birthday, I am happy to come out victorious from this battle and be able to give them the best gift I can--the health and well-being of our family,”

He also thanked his friends, family and fans who wished him well all the months.

Now, it seems soon after recovering from the dangerous 'C', Dutt is having quite the busy December working for 2 films, back to back.

The superstar is shooting for the climax of his upcoming film Bhuj: The Pride of India in Dubai alongside Ajay Devgn, Nora Fatehi and Sonakshi Sinha among others.

While on this, he will also be preparing for the second part to the successful franchise of films, KGF: Chapter 2 in which he will be seen playing the role of Adheera.

The look for his role was recently released which built up lots of excitement and left many curious as to what is there in store for them. It is definitely a completely new look for the star who has never been seen in such an avatar before.

A source close to the actor shared with us,

Sanjay is really closing the year on a high note as he is working on these major films back to back, where he is shooting for the climax of Bhuj in Dubai and then he will be preparing for his very different role in KGF around the same time, so all in all it's quite a packed month.

Apart from keeping himself immersed in work, Sanju Baba is also fulfilling all his duties of a family man. He celebrated a quiet Diwali with his family this year, making the most of his time with his family before having to leave for his tight scheduled December.

Leaving the audience in anticipation of his upcoming films, the megastar also has a biopic to his own credit and this time, it will be two surprising new roles with Bhuj and KGF 2.