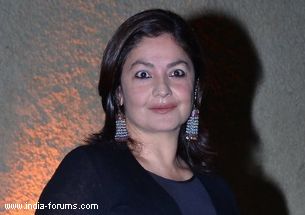 Pooja Bhatt was left aghast Saturday morning. A woman knocked at her door for a meeting fixed by a "casting agent", who the actress-filmmaker conjectures is "masquerading" as her on online social networking platform to exploit young Bollywood aspirants.

"A young lady and Bollywood hopeful arrived at my house at 5.30 a.m. saying a certain Rajeev Malhotra, who claims to be my casting agent, sent her. She went on to insist she also 'spoke to me' on FB (Facebook) and I confirmed the same.

"This is dangerous as obviously, someone is masquerading as me on FB," Pooja, daughter of acclaimed filmmaker Mahesh Bhatt, posted on her Twitter page.

Clarifying her stance on the matter, she added: "No agent or co-ordinator represents me. This man claiming to be 'Rajeev Malhotra - 9667882304' is attempting to use my name and mislead young women."

For those who wish to work with her, Pooja can be contacted directly at [email protected]