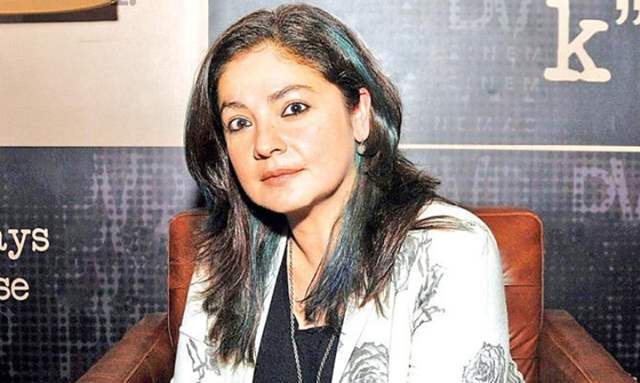 Bollywood’s Bhatt family has come under the radar of the trolls ever since Sushant Singh Rajput’s unfortunate demise. Filmmaker Mahesh Bhatt’s connection to Rhea Chakraborty has also raised many questions.

Many A-lister celebs like Karan Johar, Salman Khan, Alia Bhatt, Sonam Kapoor among others are facing the wrath of trolls for their alleged mistreatment and negligence towards new talents in the industry.

Mahesh Bhatt’s daughter Pooja Bhatt has now made her Instagram account private after she received death threats on social media. She shared a picture that read: “I don’t have the time, energy or interest in hating the haters; I am too busy loving the lovers” and also added a long caption alongside explaining her decision to make her account private.

Pooja Bhatt wrote: “This has to be said. Instagram seems to have become a place where people anonymously & otherwise use their access to hurl abuse, threaten rape and goad you to ‘go die’. I used to ignore this sort of talk as I always believed that only people who are in pain themselves want to hurt another and also if you accept love, you must accept criticism too. But is someone wishing you and you family death, constructive criticism or just an attempt at vile cyber bullying? I have been advised to turn off all comments but by doing that you block out all the positive, well meaning constructive feedback as well. Why should I push back the people who give me good vibes for the ones that only spew venom towards people in general? But what I have done now is make my account private. You want access to my world? Make a request.”

She also shared on twitter: “What’s even worse is that most of the abuse and messages screaming ‘Go die’ or ‘why don’t you kill yourself’ come from women or at least people pretending to be women-one can’t really tell with @instagram anymore. Get your act together @instagram cyber bullying is a crime.”

Meanwhile, Pooja Bhatt is making her comeback with Sadak 2 also starring Alia Bhatt, Sanjay Dutt and Aditya Roy Kapur in lead roles. The trailer has been receiving a harsh response from the audience who are 'disliking' the trailer in huge numbers.

The Sadak 2 trailer has over 12 million dislikes on Youtube.

guenhwyvar 2 months ago @rein123 - because death threats, rape threats are disgusting. Call her whatever you want, but don't be like "I wish you would kill yourself" "I hope you get raped" etc. That's farked up shit.

Rein123 2 months ago We don’t give a shit if she gets death threats or even worse. Her father works with terror organisations against India, makes anti hindu movies, and then he is protecting that murderer Rhea, why should we show any sympathy to these parasites???