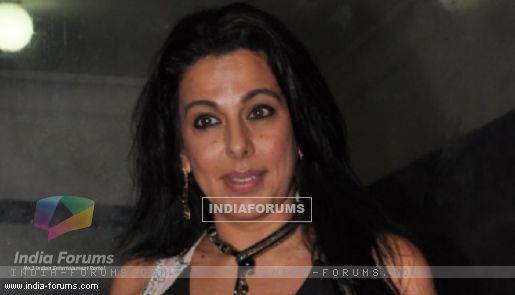 Actress Pooja Bedi and Ramanand Sagar's granddaughter Meenakshi have filed complaints against each other after their daughters fought in a pub.

"I have lodged an FIR against Meenakshi Sagar and her daughter Sakshi for harassing, intimidating, threatening, abusing and speaking derogatorily about my daughter Aalia, me, my late mother (Protima Bedi), my ex-husband (Farhan Ebrahim Furniturewala) on SMS, recorded telephonic conversations and across social media, which is a criminal offence," Pooja told IANS.

Pooja filed the FIR Tuesday. Meenakshi too has filed a complaint.

The complaint was filed after Pooja's 17-year-old daughter Aalia and Saakshi, also 17, fought at Tryst Pub Nov 28. While Aalia was celebrating her birthday with friends, Saakshi was at the pub with her mother and her friend.

Later Pooja and Meenakshi fought too.

When asked about the incident, Meenakshi told IANS: "I am not allowed to talk about this case as it is in the court."