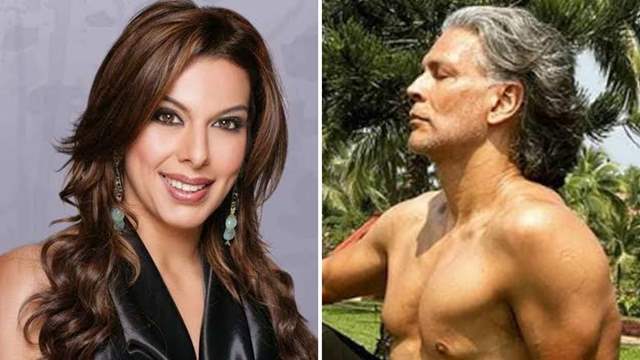 Actor Pooja Bedi has stood in support of Milind Soman over his controversial nude picture. She took to social media to say that there was ‘absolutely nothing obscene’ about the photo and called it ‘aesthetic’.

Pooja also shared pictures of naked Naga sadhus and said that ‘smearing ash’ cannot make nudity acceptable. “Absolutely nothing obscene about @milindrunning aesthetic pic. The obscenity lies in the minds of a viewer imagining more! His crime is being good looking,famous & setting bench marks! If nudity is a crime all naga babas should be arrested. Smearing ash can’t make it acceptable!,” she tweeted.

Last week, on the occasion of his 55th birthday, Milind Soman had shared a picture of himself, running naked on the beach. The picture was clicked by his wife Ankita, and went viral on the web.

While Soman was lauded for his fitness as many were impressed with his fit body at 55, he was booked for obscenity for sharing the nude picture. He was booked under section 294 (obscenity) of the Indian Penal Code, along with other relevant sections of the Information Technology Act.

In a similar incident, model-actor Poonam Pandey and her husband Sam Bombay were arrested by the Goa Police for allegedly trespassing on government property and making an objectionable video. The couple is out on a bail bond of Rs 20,000 each.

LoLo 2 months ago 😂😂😂😂😂The whole thing is hilarious to me. Take the stupid pic if you feel you have to but why share it?