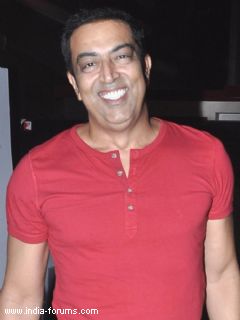 Vindhoo Dara Singh, who was embroiled in a betting scam during the Indian Premier League-2013, laments that politics has ruined the game and says that he stays clear of it now.

The Mudgal Committee report says that Vindu's friend Gurunath Meyiappan was involved in the management of Chennai Super Kings last season. But Vindu, who was arrested for his links with cricket bookies, before being released on bail, is not shocked by the report.

"Why should it be a setback? I have nothing to do with all this. Ever since I was implicated in all this, I've not watched one ball of cricket," he said.

"All these controversies have taken a toll on the game. India is not performing well in the game. Politics has ruined cricket," he said.

Q: The Mukul Mugdal Committee has found Gurunath involved in betting. Is that a setback for you?

A: Not at all! Why should it be a setback? I have nothing to do with all this. Ever since I was implicated in all this I've not watched one ball of cricket. I will never again watch a match.

Q: Are you saying you have nothing to do with the IPL and Meiyappan?

A: Of course I know Meiyappan. We are friends. We're both cricket lovers. We are a country of cricket fans. But my point is, if they start going after people in the cricket business like this, then they might as well shut down the IPL and ban cricket in the country.

Q: I think the situation is not that simple?

A: It is very much that only. The fight is between Lalit Modi and N. Srinivasan. One guy (Modi) feels he created the IPL. Now with Mr. Srinivasan being appointed ICC chief, he is now more powerful than before. And poor Modi! He has been declared a fugitive. The IPL was started by him. He should just come back and explain himself to the country.

Q: In spite of the allegations Srinivasan has been made ICC chief?

A: That's because he hasn't done anything wrong, you understand? A small fry like me is unfairly caught in the crossfire between these two giants. What have I done? Love cricket? That is a crime a majority of Indians are guilty of. We've nothing to do with betting. We've been unnecessarily implicated into all this. We don't know who the hell this Ramesh Vyas is. We've been pushed into this.

Q: Another friend of yours Raj Kundra has also been implicated?

A: There is no team, no IPL owner, or no person connected with IPL who would not be caught talking about cricket at some point of time if his telephone is tapped. And out of a 100 lines, one line may be suggestive or suspicious. Does that mean everyone is an IPL fixer? Are they all going to be implicated? Then please shut down the IPL. This all rubbish...all politics...I've done nothing wrong. It will be proven in court.

Q: Did you depose before the Mudgal Committee?

A: I couldn't because I am fighting a case in a lower court. Our lawyer told us not to speak to the Committee unless our case was removed from the lower court.

Q: Are you in favour of making cricket betting legal in the country?

A: Absolutely. Also stop telecasting live cricket matches. Once you do that the whole world is betting and speculating. Have a delayed live telecast. All these controversies have taken a toll on the game. India is not performing well in the game. Politics has ruined cricket. With Sachin Tendulkar, the game of cricket has also come to a kind of closure.

Q: Do you feel betting is right?

A: Yes, it should be made legal. But match-fixing is completely wrong. Anyone who has done it, should be sent to jail.

Q: Do you feel isolated in the film industry?

A: Naturally, there is some apprehension about signing me. Whenever there is a report on match-fixing, Vindu's name is there. Thankfully, the food on my table doesn't depend on the largesse of the film industry. I'd rather not do two scenes in big films. I've just completed a Punjabi film "Jatt & James Bond". I play Zarine Khan's brother in it.

A: I now think like this. I used to love cricket. Now I feel my love for cricket ended with Sachin Tendulkar's career. RIP.

Sushant’s sister Shweta Singh Kriti shares a video of a fan ...
15 minutes ago

Parth Samthaan: Kasautii Zindagii Kay has shaped me as an ...
51 minutes ago