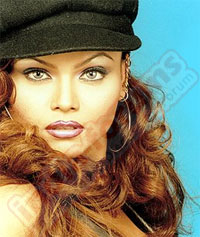 'We have accepted the complaint but not yet registered a case,' Patil told IANS Tuesday. A police team will go into all aspects of the matter before deciding whether it merits further proceedings, including a formal police case, he emphasized.

Patil also made it clear this was a 'non-priority' matter and would be probed in the routine course. 'There are far bigger issues of importance than this, so we shall deploy our men as per the merits of the case,' he pointed out.

Rakhi-Abhishek emerged the runners-up in the show, which 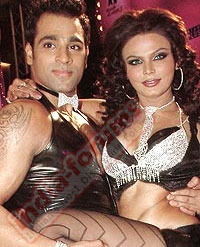 attracted 11 celeb couples this year for the competition which went on for four months.

Soon after Bollywood megastar Salman Khan announced the winners, Rakhi started crying and walked off the stage with Abhishek.

'We knew hours before the results that we had lost,' claimed Rakhi and Abhishek.

The duo alleged that if the police do not investigate this 'cyber crime', such frauds will never stop. Rakhi also pleaded with the Mumbai police to act as 'Santa' and initiate action against the channel and the show organisers.

Sanjeeda is the vamp sister in the popular Star Plus serial, 'Kayamath'. After bagging the 'Nach Baliye' crown, which included a Rs.2.50 million cash award plus other benefits, she has been catapulted into the top league of TV stars.