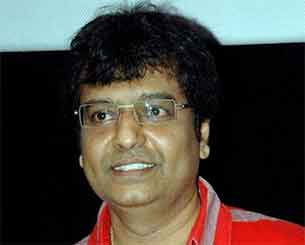 Having made audiences laugh with his thought provoking humour for over two decades, actor-comedian Vivekh feels it's difficult to change from a celebrated comedian to a character artist overnight.

Vivekh, who will be seen for the first time in a serious role in upcoming Tamil drama "Naan Than Bala", hopes to impress audiences in his new avatar.

"I have been a comedian all my life and to play a serious role all of a sudden means trying something I haven't tried before. The most difficult part is not even acting with a serious face, but hoping that audiences will accept me in the role," Vivekh told IANS.

He is best known for his performances in films such as "Run", "Saamy" and "Sivaji".

Directed by R. Kannan, "Naan Than Bala" is about the relationship between a priest and a thug. Vivekh was initially not interested in the role but actor-filmmaker Kamal Haasan motivated him to accept it.

"I was not interested in the role because it was quite opposite to the roles I'm known for. But when I met Kamal sir recently at an event, he told me that it's time for me to branch out to other types of roles as well.

"His words inspired me and I agreed to do the role," said Vivekh, who will play a priest in the movie.

"I may be playing a serious role in the film, but as usual I will be delivering some message to audiences. I hope it is received well and appreciated," he added.