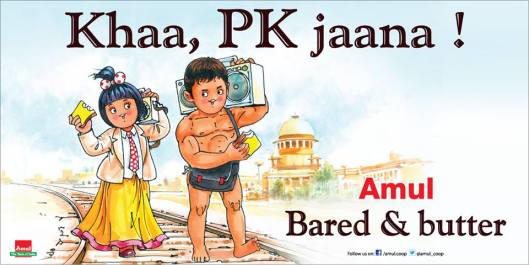 Aamir Khan's P.K. has created a huge stir since the launch of its first poster so much so that Amul has already come out a communication on the film.

Amul as a brand is very creative and is known for their print ads since decades. Their creative depicts current affairs, be it politics, sports, judiciary or Bollywood.

Usually Amul incorporates their communication with topical films post the release, however this time Amul has taken out a communication on P.K. post the launch of the 1st poster itself.

With a lot of buzz around the posters and the release, P.K. is the most anticipated film of the year.