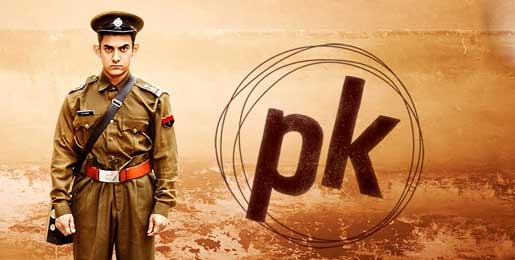 The immense success of "PK" in India and overseas has given a reason to the cast and crew of the movie to party on Wednesday.

The film, which features Aamir Khan in the role of an alien who questions the existence of godmen and differences due to religion, has gone on to mint Rs.620 crore globally -- said to be the highest ever by any Bollywood film.

While in India, the movie is said to have made Rs.340 crore, it has managed a business of Rs.280 crore overseas. The collections, of course, are continuing to grow.

Directed by Rajkumar Hirani and produced by Vidhu Vinod Chopra, the film was released in China just last month, and it managed to cross the Rs.100 crore mark there too.

The success bash is a toast to each and every member of the "PK" team who has contributed towards this astronomical success.