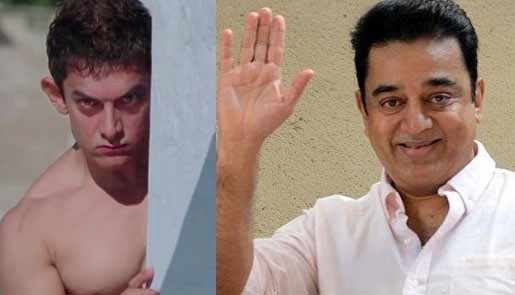 All the talk of Kamal Haasan doing the Tamil version of Rajkumar Hirani's directorial "P.K.", is just talk, no more, says the actor.

"The producers have only initiated talks. I am in Mauritus on recce for my next film for my own production company. Someone has jumped the gun and has leaked a yet undecided deal," said the versatile star, who did the Tamil remake of Hirani's "Lage Raho Munna Bhai".

The actor admits he has reservations about doing the PK remake.

"I might do the film only if certain demands of mine are met. Or else some one definitely will. It is a successful and interesting film. I am sure most actors would be eager to do it," he said.

In the meanwhile Kamal Haasan's next Tamil release "Papanasam" is set to be remade into Hindi with Ajay Devgn in the lead. The film was a huge success in Malayalam when it was released as "Drishyam" with Mohanlal in the lead.

"I think Ajay Devgn and director Nishikant Kamat would make an interesting aesthetic chemistry. I assume that with Mr. Kamat's presence, the reality and immediacy will be intact. It would be a surprise departure from trodden path for Mr.Devgn. Since I have recently been there and done it, I wish them the very best," he added.