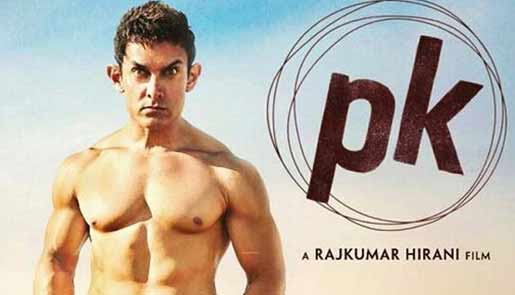 The Delhi High Court Wednesday issued notice to the makers of Aamir Khan-starrer film "P.K." on a plea of novelist Kapil Isapuri accusing them of plagiarism.

The Rajkumar Hirani-directorial, which raises questions about religion and people's blind faith in godmen, has been co-produced by Vidhu Vinod Chopra and Hirani. The movie also stars Anushka Sharma and Sanjay Dutt.

Isapuri has alleged that certain portions from his Hindi novel "Farishta", published in 2013, were "stolen and copied" and used in the film. He has sought punitive damages of Rs.1 crore from the filmmakers along with credit for his work.

The plea, filed through advocate Jyotika Kalra, alleged that the makers of the film as well as scriptwriter Abhijat Joshi stole the characters, expression of ideas and sequences from the novel "Farishta".

"The novel has criticised blind following of so-called godmen and that profession of religion is not natural but is man-made and artificial and, in a group of people, nobody can identify their respective religion," the plea said.

"The plaintiff (Isapuri) watched the film and realised that the scenes (sequences) and expression of ideas in the film have been stolen from the novel of the plaintiff. Plaintiff is the creator and original author who created and identified the subject of religious and cultural hypocrisy in modern era and expressed," the plea added.

Stating that copyright subsists in the work of Isapuri and no other person has any right to publish the same without his permission, the plea sought permanent injunction on telecasting or broadcasting the film to the public.

The court recently dismissed a plea which sought a ban on the film for alleged derogatory remarks against Hindu gods, Hindu beliefs, faith and worship.