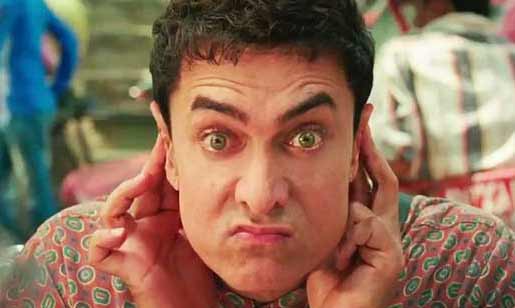 Aamir Khan's movie "P.K." will be exempted from tax in Bihar so that the poor can watch the film that exposes the fraud taking place in the name of religion, Chief Minister Jitan Ram Manjhi announced Thursday.

"Our leader Nitish Kumar advised us to exempt 'P.K.' from tax. We have decided to make it tax free to ensure that the poorest of the poor can watch the film that exposes the superstition and fraud taking place in the name of religion," Manjhi told the media at his official residence here.

"I would love to watch 'PK' after Nitish Kumar watched it Wednesday and praised the film," he said.

"It should be watched by all, particularly the poor and illiterate who have been victims of blind faith, superstition and fraud by so-called godmen in the name of religion," he said.

Earlier, Nitish Kumar gave "full 10 marks out of 10" to Aamir Khan's film, saying it was not only entertaining but also created awareness.

"Aamir Khan's 'P.K.' deserves full 10 marks because it is giving a positive message to the society," the Janata-Dal United leader told the media here.

Criticising those opposing "PK", Nitish Kumar said the film was already a hit across the country and was helping people gain knowledge.

"All those opposing 'PK' are hypocrites," he said.