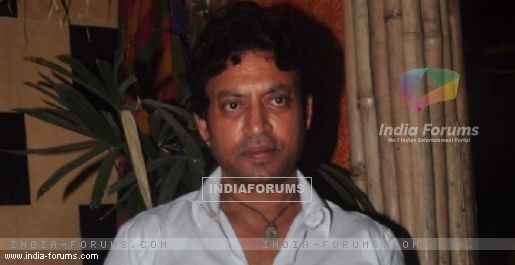 Actor Irrfan, who is known more for his serious and offbeat roles on the big screen, is happy to have done a film like "Piku". It has fulfilled his desire of dabbling with the romantic and comedy genre.

He now wants to do more of romantic films, "provided that the script appeals" to him.

"You always don't want to do hard-hitting films but also want to do romantic films. I also wanted romantic roles as well as comedy, but I was waiting for the right script," said the actor, known for his power-packed roles in films like "Paan Singh Tomar", "The Lunchbox", "Qissa" and "Gunday".

"When I got this script ('Piku'), I agreed as it has both elements -- romance and comedy. In a way, this film has fulfilled my desire of doing romance as well as comedy on screen," added the National Award winner.

"Piku", directed by Shoojit Sircar, explores a beautiful relationship of a father (played by megastar Amitabh Bachchan) and a daughter (played by Deepika Padukone), while Irrfan plays a mediator of sorts between the two. The film will release on May 8.