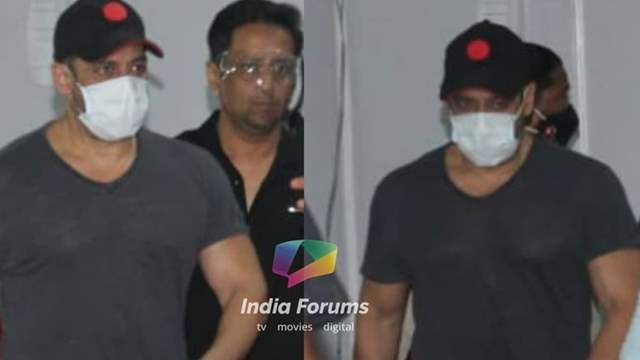 Bollywood superstar Salman Khan was spotted at the Dadar vaccination centre in Mumbai as he arrived to take the jab.

On Friday, Salman received the second dose of the Covid vaccine. He was papped by the shutterbugs and the pictures have gone viral on the Internet. Khan opted for a casual look with a grey t shirt, jeans and a cap. He also had his mask on as a precautionary measure.

This was definitely a treat for all fans as they caught a glimpse of Salman Khan on the occasion of Eid ul Fitr being celebrated today.

The 55 year old actor had received his first dose of the Covid vaccine in March. He had taken to his official Twitter handle to share an update on the same.

Earlier today, Salman Khan’s mother Helen and sister Arpita Khan Sharma along with her kids Ahil and Ayat had arrived at the actor’s house in Mumbai for Eid celebrations.