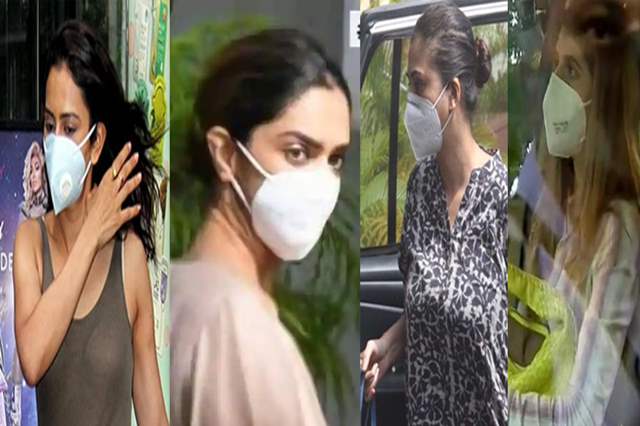 As we know, today was indeed all about the  summoning of actors Deepika Padukone, Shraddha Kapoor and Sara Ali Khan where they were called in by the Narcotics Control Bureau (NCB) for questioning pertaining to the alleged leak of drug chats involving them (in separate instances).

One would also remember how the two other names that are a part of this ordeal for now is Simone Khambatta and Padukone's manager, Karishma Prakash.

While we have already reported about the aforementioned trio's session details, a fresh report has come in which talks about the mobile phones. According to a report in Times Now, the mobile phones of Padukone, Khambatta, Prakash and actor Rakul Preet Singh have reportedly been seized by the NCB.

Singh was one of the names that was given by actor Rhea Chakraborty during her questioning before she was sent into custody. The report stated that the agency (NCB) has mentioned that Padukone was well-prepared for the questioning and while no fresh summons have been issued, the mobile phones of the already-mentioned people have been seized by the NCB-

Apart from Padukone, Kapoor admitted to have consumed CBD oil while Ali Khan admitted to being close to Rajput during Kedarnath and smoking cigarettes but not consuming any contraband drugs.