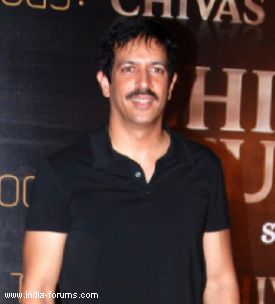 Kabir Khan, the director of Bollywood movie "Phantom", Tuesday expressed happiness over his shooting schedule in the Kashmir Valley and hoped he would be back here to shoot another of his movies soon.

In a tweet to Chief Minister Omar Abdullah, at the end of nearly two-week-long shooting schedule in Kashmir, Kabir Khan said: "@abdullah_omar it's great to b able to shoot in Kashmir again. The enthusiasm and hard work of the locals was heart warming. We will be back."

Sajid Nadiadwala's Bollywood movie "Phantom" is based on 26/11 Mumbai terror attack and their fallout.

The movie has Saif Ali Khan and Katrina Kaif in the lead roles.

"Phantom" was shot in north Kashmir ski resort of Gulmarg for a week and later also shot in the south Kashmir's Pahalgam hill station.

Meanwhile, Abdullah said the ranking of Gulmarg as the 16th best ski resort of the world by CNN has re-affirmed his belief that it has some of the finest ski runs.

"Gulmarg at 16. Always said we have some of the best skiing in the world & CNN agrees World's best ski runs: 100 to 1," he tweeted, posting the CNN link of the ratings.