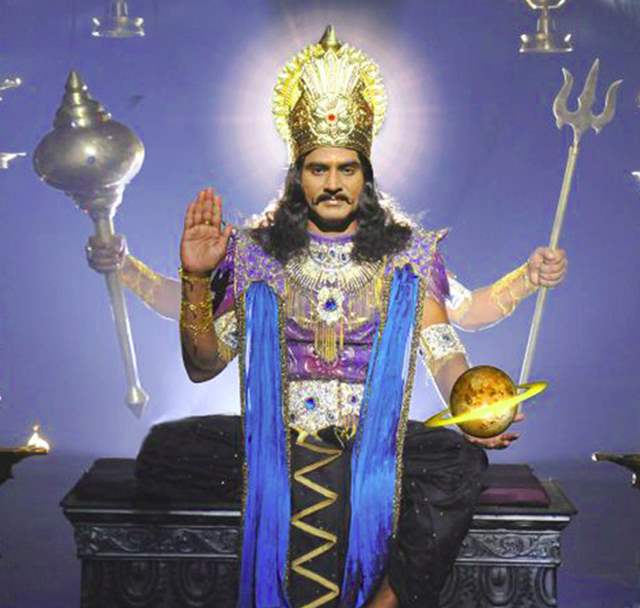 Actors who play mythological characters such as Lord Ram, Lord Krishna often end up being considered as the almighty in real life. Daya Shankar Pandey who played the role of Lord Shani in Mahima Shani Dev Ki too was looked up by people to solve their personal problems. The show Mahima Shani Dev Ki was aimed at breaking myths and misunderstandings around Lord Shani. The show is currently airing on Dangal channel.

Talking about creating an impact, Daya Shankar Pandey says, “I remember incidents where people considered me as Lord Shani in reality and asked me to help them solve their problems. Often people would come and tell me, ‘Mere sarr se mera shani hata do’.”

Talking about how playing the role of Lord Shani has helped him become a popular name, he shares, “I played Shani for over four years that time, and yes, it has greatly impacted my point of view. I strongly believe that the karma you do, will come back to you. When the show was launched, I did not receive as much publicity as I am receiving now due to the re-run on Dangal. The hard work I put in to play the character of Lord Shani, is finally paying off.”

Juhi Parmar speaks about shuffling units & emotions while playing a ...

I have been researching about Lord Vishnu for 4 years now - Kanan ...

"My negative role portrayal in Shani got me a lot of praise and ...

Vishal Karwal On Being Asked To Refer 'Mahabharat' Before Playing Lord ...

Lawyer reveals Rhea Chakraborty was struck off from the list ...
5 minutes ago

Kangana Ranaut lashes out at nepo kids once again as she ...
27 minutes ago

Anupamaa' goes a little hatke, actors record song in their ...
28 minutes ago