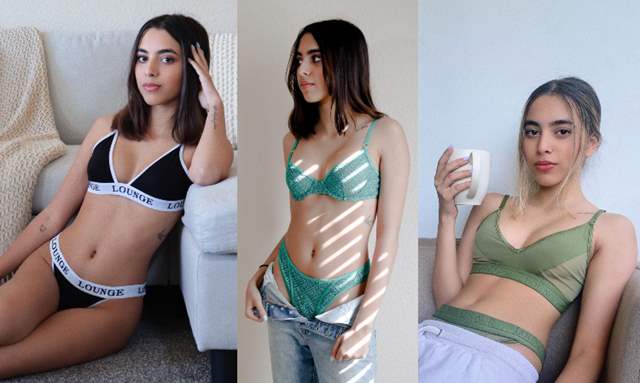 In the video, Aaliyah opened up about being trolled and bullied on social media for sharing her lingerie pictures and how an unprecedented surge of death threats affected her mental health.

The star kid confessed how hard coping with the unsolicited comments is for her.

Aaliyah spoke about her experience with being cyberbullied and maintained that being a sensitive person it is easier for her to be affected by hate comments. According to her, even the smallest bit of hate affects her. The star kid added that she cries almost every day about even the dumbest things.

So social media negativity is something I have come to terms with. Like, I am a very sensitive person and even the smallest bit of hate does affect me, but I don’t know. I’m sensitive, I cry almost every day about the dumbest s**t,

said Aaliyah as she detailed the social media’s negativity which she has been working on.

The young star kid further elaborated about the post and recounted about social media users warning her about sporting a bikini. She revealed that people asked her to be ashamed of posing in those clothes (lingerie).

She also talked about how social media users were sending her ‘rape’ and ‘death’ threats for the pictures she shared on her social media account.

People were sending me rape threats, calling me a prostitute, DMing me and asking me what my ‘rate’ was, sending me death threats, s**tting on my family.

Aaliyah concluded the video by explaining how the horrifying incident was and how it got the best of her.