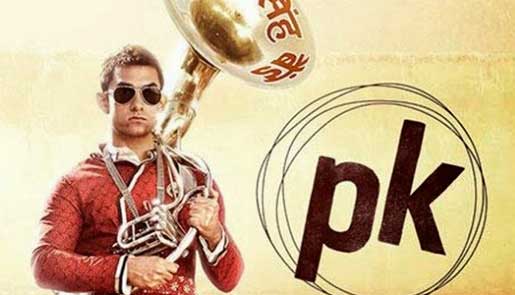 "People may agree and may even disagree but then they have to respect it (the concept of 'P.K.') because we are also respecting their view," Boman, who has a key role in the film, said here.

"P.K.", which is doing well at the box office, has been getting mixed reactions from audiences for its content. While some have slammed it, saying it mocks Hindu traditions, a lot of people have called it the best film of 2014.

It is a thought provoking film that stirs discussion as well and Boman feels that "any film worth a debate is a good film."

"It is a point of view and you have to respect that," said the 55-year-old.

Some of the groups including VHP are demanding a curb on such movies that hurt religious sentiments of Hindus.

However, the actor is not deterred by such groups, instead he feels happy with their reaction because it has engaged people into discussion over the sensitive issue as religion, god and godmen.

"Ofcourse people will (protest and create controversy)...everybody will do. But it is so nice because everybody is having discussion about it and anything worth a debate is a good film," Boman said.

Further talking about Hirani, Boman said that his films always make people think and re-assess their own values.

"Rajkumar Hirani films will always have something to think about. You agree or disagree with the film or you like or dislike a film, that's a different thing but his films will atleast make you think," Boman, who has worked with Hirani in films like "Munnabhai M.B.B.S" and "Lage Raho Munna Bhai", said.

"His films will make you re-assess your own values and re-evaluate yourselves saying "may be he is right may be he is wrong but I am thinking" and that thought has to be respectful because he is respecting the audience," he added.