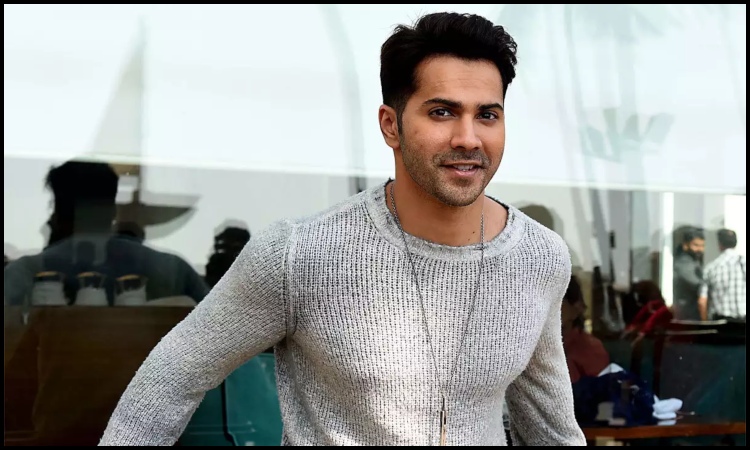 Having started his career in 2010 as an assistant director with the film "My Name Is Khan", Varun Dhawan has come a long way with his popularity. With films such as "Badrinath Ki Dulhania", "Badlapur", "Judwaa 2", "October" and "Sui Dhaaga", he has also proven his versatility.

Now he is ready for a multi-starrer like "Kalank", produced by Karan Johar and directed by Abhishek Verman.

Has experience made him a better judge of a script?

"There is a huge change that has happened in the last 10 years of my career in terms of roles that I am offered. When I debuted in 'Student Of the Year', I do not think that anybody would have imagined that I am capable of playing a character like Zafar of 'Kalank'. It took me 12 films to prove my worth and to gain the confidence of producers to budget a film like 'Kalank'," Varun told IANS in an interview here.

"But I do not blame anyone also because I was too young. People didn't think that I have emotional depth as an actor. That's when I believe that with success, we not only earn fans but the confidence to experiment.

"When on one side I was doing 'Badrinath Ki Dulhania', I also did a 'Badlapur' and 'October'. So people understood that if I am working with the right director, with different material, I can perform something that requires emotional depth," he added.

His performance in the film "October" was highly appreciated by critics. Varun said he wants to get more such opportunities to learn some important lessons in life.

"That film was a big lesson of honesty... Meeting my calmer side through it... I want to utilise that honesty in my characters and in my commercial work. Perhaps that is how I will find the balance," he said.

"Kalank" releases on April 17, and Varun says that more than the cast, Karan is feeling the pressure since the movie was the brainchild of his late father Yash Johar.

"I think more than all of us, Karan is feeling the pressure. It is a very special film for him because it was the dream of Yash uncle to make the film. So, on one hand, it is his father's vision that is coming true, and on another, after 'Kabhi Khushi Kabhie Gham...', he is coming up with such a huge multi-starrer. Of course, we are on the poster of the film so people are thinking we are feeling the pressure, but I think its Karan," Varun said.

The character of Zafar, played by Varun, was earlier offered to Shah Rukh Khan.

Asked if that makes him a little extra careful as an actor, Varun said: "I do not think Shah Rukh sir has any emotional attachment with the part that I play in 'Kalank' because he was just approached along with other actors when the makers had initially decided to make the film.

"In fact, Kajol and Ajay Devgn were supposed to play the parts that now Alia and Aditya are playing. But things were not materialised then."

Sharing a little insight into his character, Varun said: "Though playing an arrogant individual wasn't something emotionally taxing because I think there is an arrogance that we all have, but understanding the reason behind his arrogance was interesting... That why a young guy is always talking down to people around him. Also, it was physically exhausting."