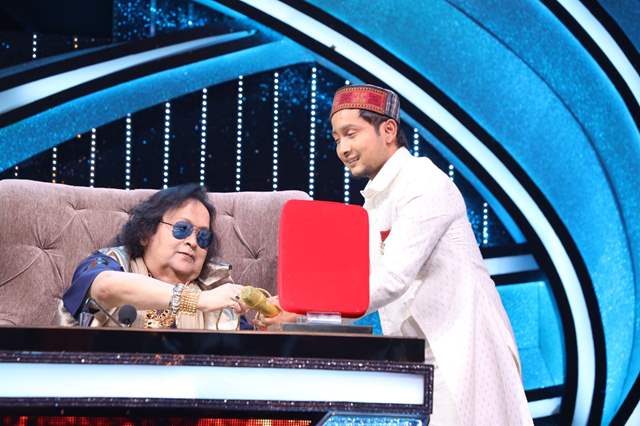 Indian Idol 12 began with a bang in 2020 and with the beginning of 2021 it just seems to get better! This weekend the musical show will be more melodic as the stage would be graced by Amit Kumar followed by Bappi Lahiri. In the show, Bappi Lahiri kept a competition for the best performer of the evening he /she will get a Gold Chain from the “Legendary Golden Man of Music industry”.

While the contestants continued delivering some mind-blowing performances on the special episode dedicated to Bappi Lahiri. Pawandeep performed the song “Kisi Nazar Ko Tera Intezaar Aaj Bhi Hai” his fantastic performance amazed everyone especially Bappi Lahiri who got ecstatic after watching the live performance of Pawandeep who not only sang well but also played Harmonium and said, “I am thrilled from your performance that at such a young age you delivered such a terrific performance which is humongous and I feel that a singer should always know at least few instruments to play, as I started playing table from the age of 3. He further added that I will definitely call you in my music room( studio).

Not only that performance of the week was given to Pawandeep and he also got a Golden Chain from Bappi Da. Post that he was on cloud nine as he was rewarded by a legend of the industry.

Further Himesh Reshammiya said I am now your ardent fan after your performance and I will like to announce that I will give you 10 songs which will be a sure shot blockbuster.

The fun just seems to double as each episode unfolds a new level of music, laughter, and entertainment on Indian Idol season 12.