Zee TV's Pavitra Rishta is undoubtedly the favorite show of many, and has gained lot of recognition internationally for being the best drama on Indian Television. Yesterday we reported that certain cast of the show has been invited to be part of the 4th International Drama Awards in Tokyo. 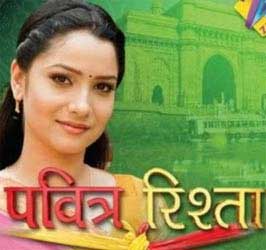 Featured Video
Recently, the actors of the show were appreciated and awarded at the Seoul International Drama Awards too, but this actually ended up creating a rift between the actors on the sets. Wonder what the reason is?

Our source tells us, "The organizers had earlier said that the entire cast of Pavitra Rishta would be getting shields as a mark of appreciation. However, in the end, only Sushant Singh Rajput, Ankita Lokhande, Prarthana Behere, Mahesh Shetty, Savita Prabhune and Priya Marathe were given shields. This created a furore on the sets, and the senior actors like Ajay Wadhawkar and Usha Nadkarni felt left out. Things got worse when they heard that the recently introduced character of Jaywant played by Mahesh Shetty was appreciated for his work, but they were ignored.".

We hear that the production house learnt about this disturbance on sets, and came to the rescue. They took the initiative of mailing the organizers about this, and saw to it that every actor in the team were given shields as a mark of recognition.

Giving the latest news, our source says, "The organizers have agreed to send shields to all the actors, and with this news coming all is well on the sets of Pavitra Rishta".

We tried contacting Usha Nadkarni and Ajay Wadhawkar, but they were unavailable.

When contacted, Prarthana Behere said, "I have no idea about this problem because we have not been shooting together. But yes, as far as I know only few of us received the shield. I have no idea that few are upset".

However, our source informs us that all is fine on the sets, now that the organizers have declared that they will be sending across shields for whoever is missed out.

12 years ago Usha Nadkarni-Manav's Aai Didn't Receive her award? R They NUTS?? Seriously...She is the BEST Actress in the Show!!!!!

+ 6
12 years ago congrats!! i love the leads jodi manav and archana!! but i have to agree that usha and ajay shud have been ignored... they are also impt roles in the show!!

12 years ago Tis a team effort - so individual members shud not make a big fuss,especially snrs.
Mahesh Shetty's entry changed da game for PR quite a bit,and he is acting in elan,classy villain,he deserves the award

+ 2
12 years ago PFFFFFFt..If some did not get awarded big deal...Stop cribbing..Be happy for PR and some of its cast got it...

12 years ago Veterans like Ushaji and Ajayji should not have been ignored..good everything got sorted out.

12 years ago good that everything has sorted out, but everyone is part of the team and this should not happen

+ 2
12 years ago its bad that senior artists were dishonoured....