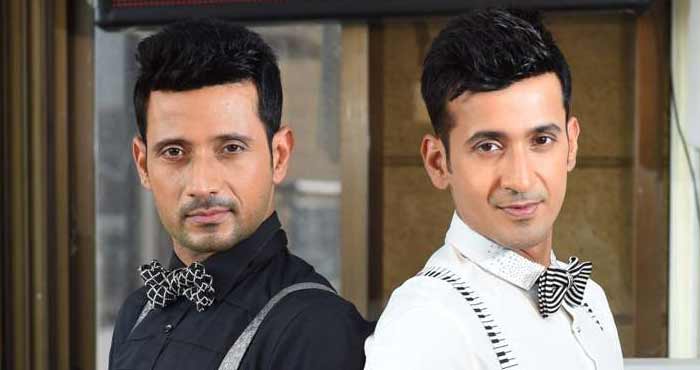 Meet Bros, known for dance numbers like "Baby doll", "Chittiyaan kalaiyaan" and "Party to banti hai", unveiled a new single "Yaari ve" on Wednesday. It's been promoted as a party single.

Asked about the trend of making party songs, especially before the New Year celebrations, Meet Bros told IANS in an email interview: "Party songs are evergreen. Party songs are stress busters for people as when they dance, they forget about their worries. It's pure fun."

"We love making party songs as they are all about happiness."

Romantic songs, on the other hand, can sometimes "make you feel sad and dull".

"We are never worried about competition. The market may be flooded with a number of songs but there's always room for good songs. 'Yaari ve' is very different and a beautiful track. It has a new sound that you haven't heard in any Hindi song," they claimed.

Describing their latest single, they said: "This is a romantic upbeat song. It's not really a 'party song' but people can party on it as well."

"It's different from other party songs because other songs are meant for just dancing but this one is a romantic melody which you can sit and listen to and sing along with it.

"This will be a long drive song of the year."

The track has been composed by Meet Bros and sung by them along with Prakriti Kakar. Shot in Greece, the music video features Meet Bros alongside actress-dancer Lauren Gottlieb.

"Prakriti is sounding outstanding. So, the very beautiful song with beautiful voices and the video looks good too. So, this is not the regular 'Baby doll' or 'Chittiyaan...' or 'High heels'," they said.