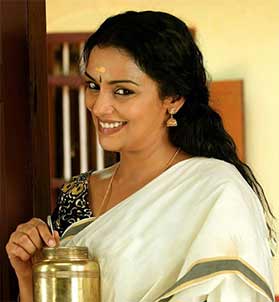 The Kollam District Congress Committee Sunday came out in support of party parliamentarian Peethamabara Kurup who is accused by Malayalam actress Swetha Menon of groping her at a crowded public event.

Swetha alleged that the lawmaker tried to grope her during a boat race Friday in Kollam where she was one of the guests of honour. On Saturday she showed the "visuals" on the TV channels where the lawmaker is shown getting close to her during the boat race.

A team of four police officials from Kollam visited Swetha Sunday at her flat here and took her statement on the sequence of events.

After 90 minutes, the police team came out, but refused to talk to the waiting media. The actress didn't speak either and left for Bangalore with her family.

Meanwhile, sources close to the actress revealed that she will meet Chief Minister Oommen Chandy Tuesday to file an official complaint.

Meanwhile, the district Congress Party came out in full strength at Kollam to defend Kurup.

"There was a huge crowd and in a crowded place normally jostling happens. She complained after almost six hours. Nothing of the sort happened as claimed by her in her complaint," said district Congress president Pratapa Varma Thampan.

Kurup, who was also present at the conference with Thampan, did not speak much and said that he has already spoken to the actress and her husband.

"I do not wish to speak much because now the police is investigating the case," said Kurup.

Meanwhile Ayisha Potti, a CPI-M legislator from the district, registered a complaint with the district collector B. Mohanan through an SMS.

Mohanan is under attack from the actress, who said that she is deeply hurt in the manner the official denied that she spoke to him about the incident immediately.

Mohanan responded to the legislator's SMS and asked the district police chief to make a detailed report on the incident.

"Both the chief minister and the home minister have failed to do their duty in taking quick action. Safety of women is a big issue in the state and they are silent," said CPI-M politburo member Kodiyeri Balakrishnan.