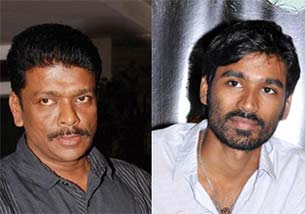 Actor, writer and filmmaker R. Parthiepan, who will be seen in an important role in director Vetrimaaran's yet-untitled Tamil project, is delighted to be working with Dhanush in the movie.

Dhanush and Parthiepan have teamed up for the third time after "Pollathavana" and "Aadukalam".

"I'm delighted to be working with the talented Dhanush. I've got a meaty role to play after a long time. I can't divulge details about it but it's a very interesting character," Parthiepan told IANS.

Meanwhile, Parthiepan is also gearing up for the release of his latest Tamil directorial "Kathai Thiraikkadhai Vasanam Iyakkam".

"The film is almost complete, except for some patchwork. We are planning to release the film sometime in June, if everything is wrapped up before that. I'll finish the remaining shooting and then join Dhanush's film," he said.