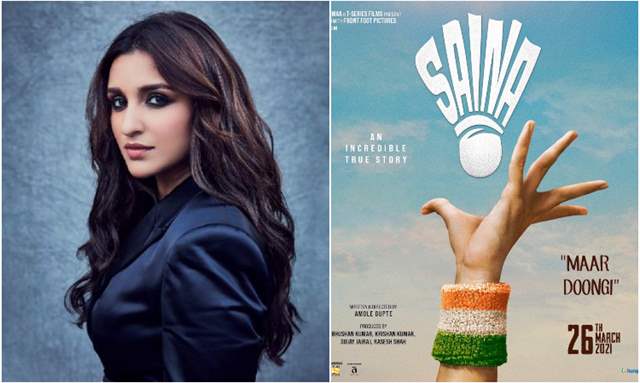 Actress Parineeti Chopra stunned the fans with the teaser of her upcoming film - Saina. However, prior to the teaser’s release Parineeti was heavily trolled for the poster of her film and even slammed the makers for mistakenly goofing up on badminton serve which looked more like a tennis serve. Meanwhile, it also caused confusion amongst the audience as they anticipated that the poster actually referred to tennis player Sania Mirza.

Nevertheless, the actress is gearing up for the release of Saina, and heavy trolling was something she never expected. But, Parineeti definitely had plan to tackle them and shut the trolls for better. Taking to her social media handle, Parineeti recently drop a cryptic post on her Instagram handle. The Kesari actress shared a video of Taylor Swift delivering a speech at an award function.

The video feature Swift saying, "If you just focus on the work and you don't let those people sidetrack you, someday when you get where you're going, you'll look around and you'll know that it was you and the people who love you who put you there and that would be the greatest feeling in the world."

Parineeti shared the video with a proud emoji and bling and it clearly showed what the actor wanted to say.

The 32-year-old actress recently shared the teaser of her film wherein she will be seen stepping into badminton champ, Saina Nehwal’s shoes. Parineeti looks splendid as a badminton champ and her hard work has finally paid off. Taking to her social media handle, the Kesari actress unveiled a glimpse of Saina Nehwal’s biopic.

The film is being directed by Amol Gupte, and shows a sneak-peek into Saina Nehwal's journey and the ups and downs in her life. The biopic is all set to release on March 26, 2021.

1 months ago Anyone else who came running to read this article for TS?