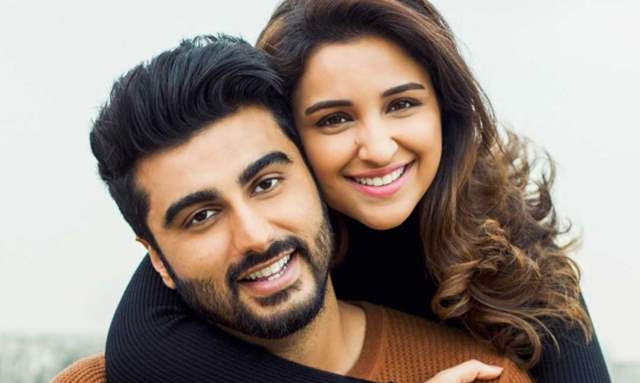 ZEE5 always wins the hearts of the audience with its fresh content and that’s the main reason why it is loved by all. The latest offering being a tale of four friends titled Yaara. A friendship and crime drama that has a stellar cast of Vidyut Jammwal, Shruti Hassan, Amit Sadh, Vijay Varma, and Kenny Basumatary at the forefront. The film explores the tight-knit bond of four friends who become one of the most invincible gangs of their time, 'the Choukdi gang'.

Much like how the bond of the four friends was put to test in the film, people started taking to social media to play the game of 'two truths and a lie' with their friends under the '#BondOfYaara'. The friends who have been tagged on social media by the challenger have to guess which one is the lie and which two are the truth.

Some prominent personalities also took to their social media to commemorate the release of the film and friendship day, challenging their friends with #BondOfYaara. Here are some of their posts:

Parineeti Chopra also challenged her friends with '2 truths and a lie' posting a video and a caption:

"Let’s play “2 truths and a lie!” So this year, I’m gonna celebrate Friendships Day by watching this wonderful new film Yaara, with MY yaaras ?? You should join the Watch Party too! Releasing tonight at 12 midnight on @zee5premium #YaaraOnZee5

But before these paagal girls of mine, can you identify my life? Take the challenge now! ????"

Arjun Kapoor also took to his social media and shared,"Know me well. Can you prove it? @rannvijaysingha @kunalrawaldstress and @karanboolani It’s your turn to take the #BondOfYaara challenge. Go ahead, post your 2 truths-1 lie. And celebrate Friendships by watching ?? Yaara, streaming now on @zee5premium #YaaraOnZee5 ?? Guess the lie about me  ????????"

Boxer Virender Singh also challenged his friends and said, "Challenge ke liye tayaar ho? Guess karo which of these is a lie about me and mention it in the comments below? Let’s see who gets it right. @tanmaybhat @randeephooda and @kartikaaryan Go ahead and try the #BondOfYaara challenge by posting your 2 truths-1 lie. And celebrate Friendships with the premiere of the film Yaara, streaming now on @zee5premium #yaaraonzee5"

Being certain that her Yaaras know everything about her, Aahana S Kumra posted a video with the two truths and one lie, along with the caption:

#Yaara are those who will love and support you in every phase of your life! My Yaaras surely know everything about me ??...or so I think ????? ... let's find out with the #BondOfYaaraChallenge where you have to guess my "2 truths and 1lie"!

I'm celebrating this #FriendshipDay with this fun challenge and watching #YaaraOnZee5 @zee5premium ....what about you?

Let's see if you can catch my lie!!

Aur my gang, my yaaras! Let’s find out who knows me the best. Can you guess the lie about me?

Tanmay Bhat also took the challenge with a comic twist and shared, "Can you guess the lie about me and mention it in the comments below?

guess which one of these isn't true

gets very emotional if he doesnt speak to his closest yaras at least twice a day.

VJ is a master at saree draping

VJ will send u a gift if u guess correctly"

The film is a licensed adaptation of the French film 'A Gang Story'. 'Yaara'is directed by Tigmanshu Dhulia and produced by Sunir Kheterpal for AZURE Entertainment. The film is available for streaming exclusively on ZEE5. Make sure to watch the film which celebrates friendship!

Drew Barrymore Reunites With Ex-Husband After Not Speaking ...
12 hours ago