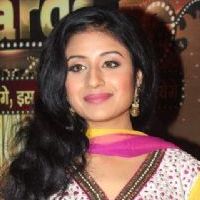 Actress Paridhi Sharma, who plays the titular role in popular show Jodha Akbar hopes people play safe on the festival of Holi and give priority to women's safety.

This year, Holi falls on Monday.

"As a woman, I strongly feel that it is of utmost importance to ensure that on this day of colors and merry-making, we look into the safety of women around us. There are many cases of harassment and eve-teasing around Holi and it is important to be aware of people around you and report any instances of misbehavior," said Paridhi.

While most people take the liberty of throwing colors and water balloons at strangers, the actress says - "there are many who do not like to play Holi and as mature people, we should know where to draw a line and not force someone."

RagSia 6 years ago Aww!
So true! Every matured person can make out difference!
Bt mature ho to na!
How can we mend them?
Nywez nice to know u r not quitting.

Sexylicious. 6 years ago Paridhi Sharma is the true Jodha

Amysheldon 6 years ago love u paridhi sharma...ur role as jodha is awesme...

lajni 6 years ago love u so much paridhi sharma. keep rocking jodha akbar.