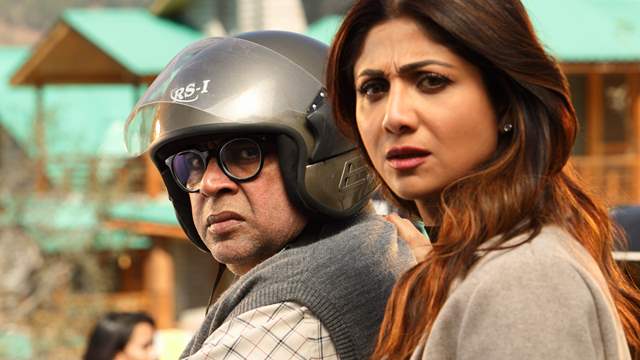 Released in 2003, Hungama is one of the most legendary comedy movies directed by iconic film-maker Priyadarshan. After 18 long years, Hungama 2 is all set to hit the screen packed with limitless fun, entertainment and loads of confusion! Catch the banter between two families - The Tiwaris that consist of a jealous husband and a gorgeous wife; and The Kapoors with a retired army colonel and his two sons and grandchildren. Chaos ensues when a young innocent girl with an illegitimate child shows up on the door.

During the movie’s promotion, actor Shilpa Shetty Kundra said in a statement shared with us:

"I remember in one of my movies, Paresh played my father and now he's married to me in Hungama 2 but he is playing my husband who is quite older to his young attractive wife. Our age gap in the film is at least 15 years and he is playing the role of a husband in the film who is constantly imagining that his wife is having an affair with a younger man."