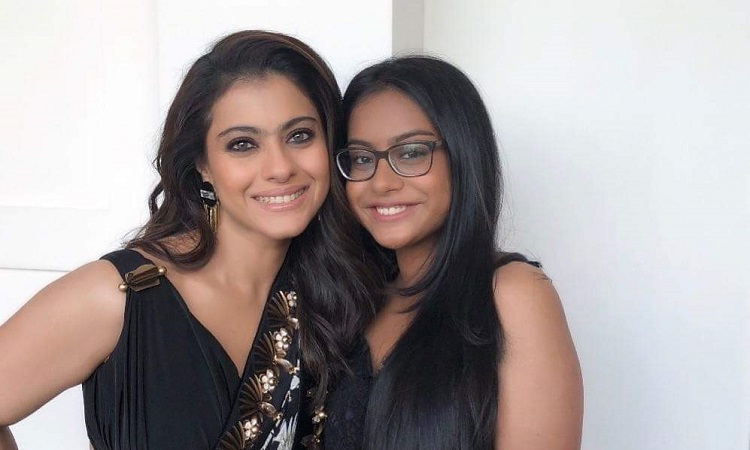 Actress Kajol, who plays the role of an overprotective mother in her upcoming film "Helicopter Eela", says parents tend to underestimate their children.

She feels parents should discuss important issues with their children openly.

"Somewhere down the line, we underestimate our kids. As they are born in this world so they know this world much better than us in a lot of ways. Today, our main duty is to disseminate the information in the right way," Kajol said here on Tuesday during the promotion of her film.

She feels that the modern-age parents need to discuss morality, ethics, compassion, dignity with children.

"Our kids should be able to come up and ask us all kinds of questions," said Kajol, who claims to be a mix of an overprotective and a cool mother in real life.

Sharing her view on the ongoing #MeToo movement in India, the actress said: "The most important thing about #MeToo is by taking away the shame and embarrassment associated with owning such incidents, the younger people or anybody who feel that they come into opposition like this, are able to have the guts and draw that line and say no more after this."

Kajol will be seen as Eela in "Helicopter Eela", which is directed by Pradeep Sarkar. It also stars Riddhi Sen, who plays Eela's teenage son.

Kajol says "Helicopter Eela" is not "just a mother-son story".

"The film is about a relationship. I think in every relation be it mother-son, husband-wife, best friends or even brother-sister, if one person becomes over possessive then there is a sense of suffocation," said the mother of two.

She reveals that the film was inspired by the social media hashtag 'helicopter mom' where the mother is a bit cynical, interfering and at times she even checks her child's phone and pockets.

"It is neither the fault of the mother nor the child," she said.

Sarkar says he doesn't want the cinema hall to shake with "huge applaud but I expect the audience to forget clapping watching the film".

"Helicopter Eela", produced by Ajay Devgn and Jayantilal Gada (Pen), is slated to release on October 12.