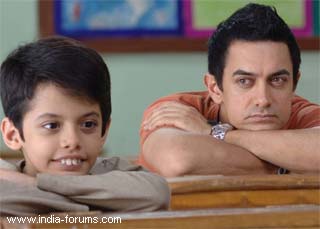 Shalini Gupta, Neena Wagh and Kusum Tiwari - all mothers of intellectually disabled children - will conduct a special workshop for potential filmmakers and scriptwriters at the ongoing 42nd International Film Festival of India (IFFI) in order to create a wave of social awareness about the needs of children suffering from intellectual disabilities like autism, down syndrome and cerebral palsy.

'We have come to Goa with real story ideas, which we will share with potential filmmakers and scriptwriters. There are many more stories like 'Taare Zameen Par', 'Paa' and 'My Name Is Khan' that remain untold and there is a dire need to make films on other aspects of intellectual disability,' Gupta said.

The trio are a part of Saath, a loosely strung Delhi-based non-registered collective of 250-odd parents who have specially abled children, spread across India and abroad.

'Our main problem is the lack of awareness, when it comes to intellectual disabilities. People who are blind, deaf or ones with locomotive disability can self-propagate their needs, but until recently not too many people knew about things like autism,' Neena Wagh told IANS.

Wagh said that films like TZP and a teleserial named 'Aapki Antara' had done well to take the message to society, which due to an absolute lack of awareness and the ability to deal with special children, did not know how to handle such children.

'But these films have helped. I remember we were going on a picnic and one rural Haryanvi bus conductor said 'madam, yeh 'Taare Zameen Par' waale bachche hain na',' Wagh said.

While Saath is scheduled to present three short audio-visual films on intellectual disability at the IFFI, festival Director Shankar Mohan said that it was a moment of inspiration from French filmmaker Bertrand Tarvernier - who was awarded the lifetime achievement award at IFFI 2011 - which resulted in this special session, where the parents would bounce off film and documentary ideas to budding filmmakers and scriptwriters on intellectual disability.