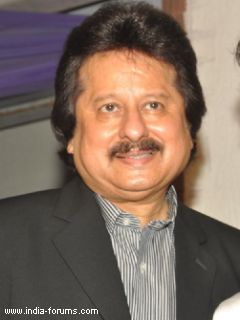 Popular ghazal singer Pankaj Udhas will perform live at an event organised for the benefit of Sino-Indian relations.

Udhas, who is known for numbers like 'Chitthi aayi hai', 'Phir haath mein sharaab hai' and 'Aur aahista', will perform at the Siri Fort Auditorium here Dec 15. The show will begin 6 p.m.

The event is being co-organised by Divine Social Welfare Society, an NGO working towards the upliftment of the poor, and the India-China Society that works for a friendly relationship between the two countries.

'I feel extremely overwhelmed to be able to organise such an event. I am thankful to the India-China Society for supporting us in this same. We (India and China) are neighbours and it's great to share the opportunity with them,' Yash Sharma, general secretary of Divine Social Welfare Society, said in a press statement.