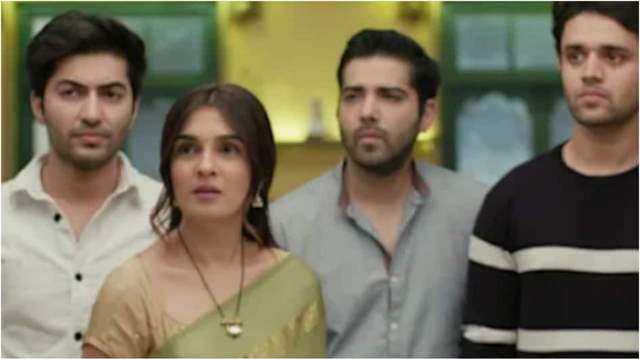 Star Plus show ‘Pandya Store’ is getting quite interesting with each passing episode. The current track of the show revolves around Pandya brothers reuniting after seven years. Chiku called Dev, Shiva and Krish and requested them to return as Suman isn’t well. While initially they contemplated the thought but ended up at Pandya niwas.

Chiku and Gombi gets excited seeing the entire family returning to their house. However, nobody accepts for Shiva hugs Gautam. Shiva is confused as he is stuck into the era of seven years ago before he had the major injury. He gets puzzled seeing Chiku all grown up and feels weird meeting Gautam. Rishita and Raavi taunt each other on the upbringing given to Shesh and Mithu. Krish tells everyone that they should leave for hospital in the cab.

Chiku tries to call Dhara but she doesn’t answer. Doctor tells her that Suman is out of danger. Dhara thanks god and sees Dev-Rishita- Shesh, Shiva- Raavi- Mithu and Krish at the hospital gate, she gets elated but thinks to herself that they are here only because of Suman’s health and world return back after learning that Suman is fine. Dhara requests Suman to act being severely ill so that the family can unite.

Everyone enters the room to see Suman. Dhara gets emotional but no one hugs her and marches towards Suman. Suman meets her kids after a gap of seven years and get teary eyed. She later begins acting sevearly ill. Furthermore, at Pandya niwas, Rishita and Raavi announce that they’ve come only for Suman and will return asap. Raavi states Dhara will have to sell off the properties and give them the share. This shocks everyone.