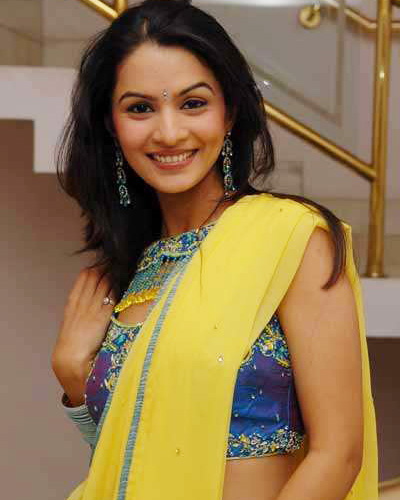 As per the reports versatile actor Ronit Roy will play the lead in the show along with seasoned actress Saakshi Tanwar however, Saakshi has backed out from the show.
With a new show on Sony Pal Yeh Dil Sun Raha Hai and also she launched a big budget show on Ajeeb Dastaan Hai Yeh on Life OK gear up to watch another promising show which will captivate the attention of the viewers.

After Saakshi's exit, the makers have roped in talented Pallavi Kulkarni to essay the lead role in the show.

Confirming about the same our source says, "Pallavi Kulkarni is finalized to play the lead opposite Ronit Roy in Ekta Kapoor's new show on Sony TV."
Pallavi Kulkari was seen in  some famous show like Vaidehi.... Ek Aur Agni Pareeksha and Kehta Ha Dil.
Phalguni Sharma

preetip07 6 years ago As Ronit is so charming, Pallavi will look better with him as compared to Sakshi

+ 2
6 years ago thank heavens that sakshi is not in this show. nothing against her but i think she wasnt suitable for this role. plus, i am bored of watching her now. I am glad PH choose someone else than ST

+ 2
6 years ago oh saddening that sakshi backed...but looking for ronit now...both are amazing ...

+ 3
6 years ago i am excited to see her back on TV and she will look nice opposite ronit and hiten (who is supposed to be a parrallel lead?)

6 years ago i am happy as my dear ronit is comming back on dailies yipeee!!!!

+ 4
6 years ago I liked Pallavi in Kehta hai Dila nd before that in hadd KAr Di.. Nice actress Pretty. Wishing you all the best

6 years ago I hope Ronit & Pallavi turn out to be the best pair on television. Good Luck!

I wanted to see you on my screen again.

6 years ago welcome back pallavi.. hope u have a successful come back

6 years ago omg pallavi after so long!! full of talent and look!!