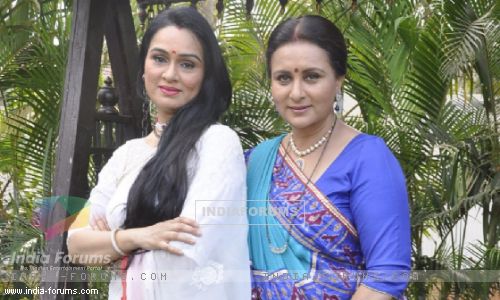 Sony TV's Ek Nayi Pehchaan is trying its level best to bring out the best track to attract the masses. The makers of the show Jay and Kinnari Mehta are leaving no stone unturned to captivate the attention of the masses and thus have introduced a major twist in the tale by bringing in Pallavi essayed by Padmini Kolhapure's cancer track in.

Till now we have seen that Sharda played by Poonam Dhillon comes to know about Pallavi's cancer and also that she has named the entire property on Sharda's name.

Well, what happens next, informs our source. "Our viewers will get to see Sharda returning home along with Karan aka Karan Sharma and Sakshi aka Krystle Dsouza. It will be seen that Sharda will get affected by Suresh's (Sooraj Thapar) taunts and that is when Pallavi tells Sharda it is time to show Suresh his place; to make him understand that whatever he did with Pallavi and Sharda was not correct. So, everyone in the house start ignoring Suresh owing to all his wrong doings.

Furthermore, now since Pallavi has asked Aarav (Alam Khan) and Shanaya (Nazea Sayed) to accept Sharda as their new mother, Aarav will start gelling up with the family but Shanaya still remains reluctant. There will be a Rakshabandhan sequence coming up where a good moment will be seen between Karan, Latika (Ankita Bhargava), Chirag and Aarav," ends our source.

Well, this surely will be seen as a new beginning for Sharda as she will stand against Suresh and make him realize her importance. This episode is something our viewers will definitely love to catch up to, haina?

6 years ago Love you Krystle D'Souza!
Carry on rocking in Ek Nayi Pehchaan!

6 years ago This will be nice to watch. All the Modis n Ajmeras ignoring Suresh.
I want a Sakshi's B'day celebration too.

+ 2
6 years ago Commenting only for Krystle Dsouza


Nazea Sayed you were great as sheela in pv

6 years ago Is it true ek nayi pehchaan will get new time slot? If yes, which slot?