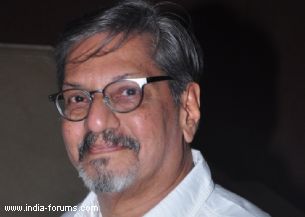 Actor-filmmaker Amol Palekar expressed his unhappiness over increase in number of child artists, who are more like carbon copies of big stars in movies and music. He believes those with originality should be promoted instead.

An open forum on Children in Media: Rights of Child Artists was held here on the second day of the 18th International Children's Film Festival, India (ICFFI), which started Thursday. The "Chhoti Si Baat" star was one of the panelists.

"Why are we asking children to be perfect copies of stars like Salman Khan and Aamir Khan? Why are we encouraging them? Why not encourage original singers or actors who have their own identity?" asked Palekar.

"Talent hunts are disturbing. No one knows where are the winners of reality shows now. It's just momentary glory," he added.

He also believes that paying money to child actors is a way to show respect to their work and hours put in by them, but variation in amount is unfair.

"Is so and so a bigger star or is he paid higher than the other child actor? If you start differentiating like that, it's exploitation and unfair," he said.

Palekar also opines that it is incorrect for parents to live their own dreams through their children.

"Parents try to fulfil their dreams which they couldn't do themselves. It is unfair. It's not the child's duty. When I've to work with children, I don't like the parents to be around. I want to see the child what he's good at because ultimately I've to deal with the kid," said Palekar, who has made films like "Dumkata" and "Kairee" which feature children.

Assamese actress Bobbeeta Sharma, who made her cinematic debut with "Anirban" when she was a child, also believes that the child's consent should be taken before signing any TV show or movie.

"It shouldn't be just parent's decision. You should ask the child also. Sometimes, parents push the child to act and say, 'You've to do it'," said Bobbeeta, who now also produces and directs TV shows.

She says there are more ways to spot talent rather than sending children to participate in TV shows.

"Even schools can spot talents. If you use children for commercial purpose, that is not talent," she said.