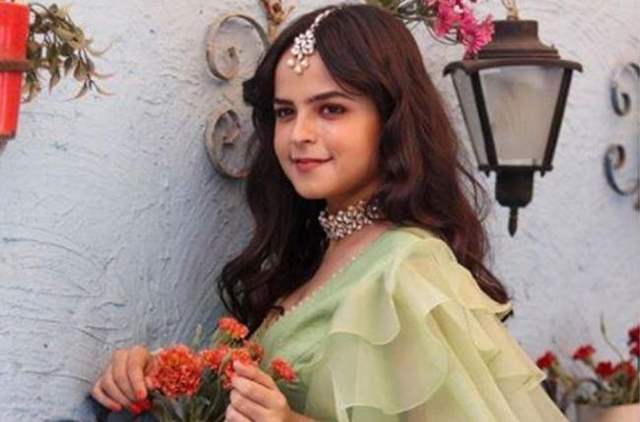 Palak Sindhwani who is playing the role of Sonu in Taarak Mehta Ka Ooltah Chashmah has a great fan following and recently, some posts made her upset. A picture of her has been used and photoshopped them for memes.

The memes had made Palak upset and she has lost her calm at the meme and "faaltu hate spreading pages", as she wrote in her Instagram's story note. She wrote "To all you meme, faaltu hate spreading pages out there, first and last time I am warning you stop using my pictures, stop photoshopping my pictures, stop writing bulls**t about me. Stop spreading hatred when there's already so much going on in the world, if you don't like me, don't follow me, it's as simple as that but you have no right to insult me or spread nonsense about me, and if I come across any such post which threatens to harm my dignity, or destroys my mental peace, I swear consequences would be harsh. Don't force me to take any such actions, which gonna harm your page or you. LOUD and CLEAR! ONCE and FOR ALL! STOP IT! Insaaniyat sikh lo yar, it's high time!''

Taarak Mehta Ka Ooltah Chashmah is one of the most popular and longest-running shows also all the characters of the show become household names. And there have been lots of memes and jokes are flooded on social media. But sometimes boundaries are crossed and this happened with Palak.

Palak has often been linked to her onscreen friends, Samay Shah (Gogi) and Kush Shah (Goli). However, the actress has time and again refuted these rumors by citing that they are great friends. 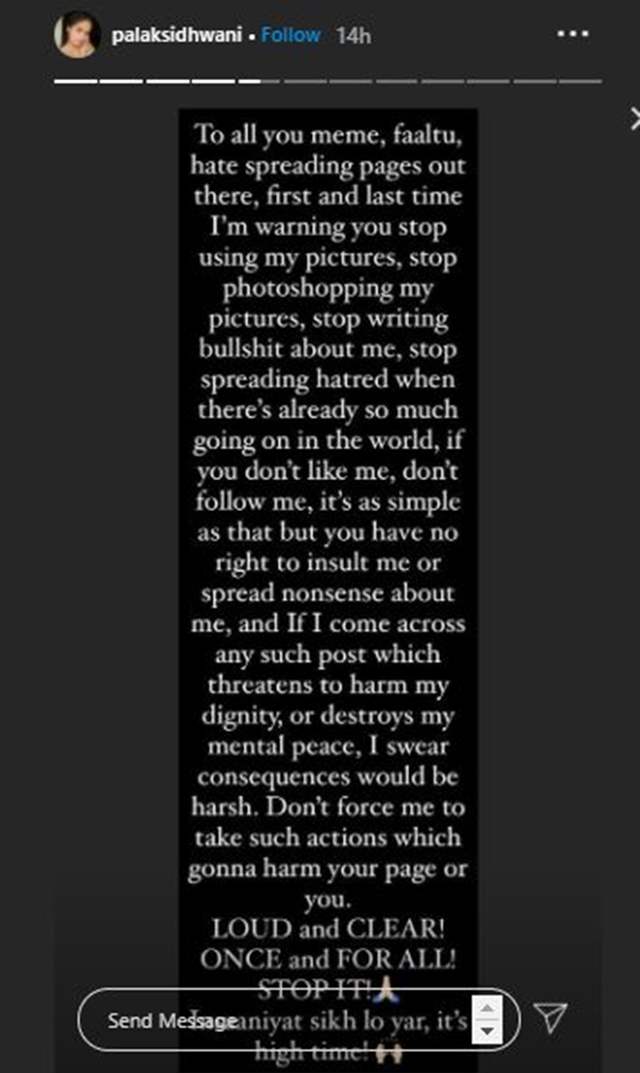