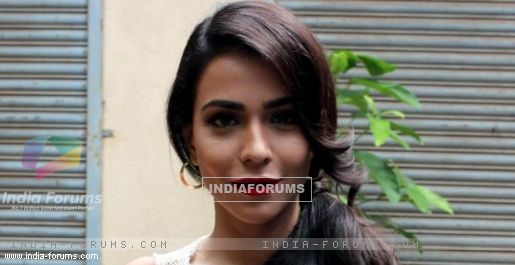 Pakistani actresses like Humaima Malick and Veena Malik Khan have gone uninhibitedly bold on Bollywood screens unlike the male stars from their country. But Lahore-based actor Imran Abbas Naqvi says the actresses have done so only to meet their roles' demand, and he won't mind following in their footsteps if it's "inevitable".

The Hindi film industry has welcomed many artists like Imran, Fawad Khan and Ali Zafar from across the border. While the actresses have not shied away from going bold on the big screen, most actors seem to stay away from it.

When asked whether Pakistani female actors are more bold and experimental, Imran, who made his Bollywood debut with Bipasha Basu-starrer "Creature 3D" (2014), told IANS in an email interaction from Dubai: "Whatever they (actresses) have done was required for their roles and if I'm also required to do so, I will go for it...if it's too inevitable for my role. This issue is not gender specific."

The former model says he chooses scripts that let him experiment with his craft.

"I always want to do something which gives me some margin to perform and show my acting prowess. Yes, at times we make wrong choices too, but we are bound to do so as human beings. Be it comedy, romance, action or thriller, I'm open to any type of genre. It all depends on how well crafted my role is," said Imran, who is filming Muzaffar Ali's directorial "Jaanisaar".

He is having a good time working with the "Umrao Jaan" director and the film's co-star fashion entrepreneur and stylist Pernia Qureshi.

"It's an experience to work with fashionistas like Pernia and Muzaffar Ali. Pernia has styled me for a couple of events and I have learned how to wear our traditional clothes from Muzaffar Ali," said Imran, who will sport vintage look in the upcoming Bollywood film.

Asked about his personal style, the actor said: "My personal style is very minimalistic. You will usually find me in a pair of jeans and a T-shirt."

The poetry fan catapulted to fame in his land through small screen and he has no plans to leave the platform.

"I can't leave my fans. TV is a platform that has given me recognition and fame," said the "Noor Bano" star.

But Imran wants to continue exploring.

"I believe life is a journey and one should always try to explore new things in life, and acting in Bollywood is not new to me because I have been acting since ages. It's just that now I have crossed the border and started acting (in Bollywood)," he said.

He is happy with the fact that Indian actors are also working in his country.

"We love to work with Indian actors and singers. Naseeruddin Shah, Nandita Das, Kirron Kher, and many TV actors have been working in Pakistani films and TV serials. Even I've worked with many of them," Imran noted.

"Indian singers have also sung songs for Pakistani films, TV and TV commercials. You can watch all Indian top actors in advertisements and commercial campaigns. Come to Pakistan and have a round of any city," said Imran.