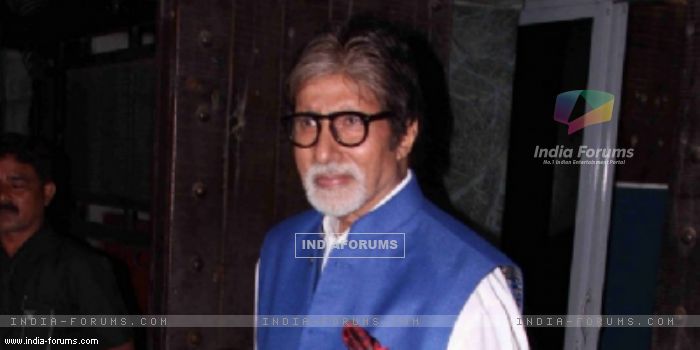 Megastar Amitabh Bachchan feels its painful when India is tagged as a third world country, and hopes that soon in future it shall no longer be a developing, but a developed nation.

The 74-year-old has praised Indian scientists, who on Friday said that they have identified a previously unknown, extremely large supercluster of galaxies located in the direction of the constellation Pisces and have named it "Saraswati".

"The world built another universe...Much like yesterday a bunch of Indian space scientists discovered a galaxy which they felt was billions and multiple times billions the size of our sun... That is like unbelievable... and perhaps that is why gave a name which most suited it -- Saraswati -- the goddess of learning! And no one before had ever discovered this," Amitabh posted on his blog on Saturday night.

"India... The developing nation... The third world nation? Painful to be titled thus... and pray and believe that in time it shall no longer be developing but developed in its status and become the first world than the third," he added.

The "Piku" actor went on to share that once he was called a "third rate actor" during one of his foreign visits.

"The commented criticism when my visit to a foreign land created a furore with the fans and the media... With following and praise and celebration... The veiled threat of my presence in the land decried and derided by one such..."

"'This third rate actor, from the third world country, should leave our shores'. The former is most correct...but the latter shall be persevered to change, to become the first, to be the best and most loved and revered," he added.

On work front, Amitabh currently has films like "Thugs of Hindostan" and "102 Not Out" in his kitty.

'Tujhse Hai Raabta' to take a Leap; Checkout their Post Leap ...
30 minutes ago

Karan Johar’s Takht put on Hold; Plans for another film ...
43 minutes ago

Kartik and Naira to Separate AGAIN in Yeh Rishta Kya Khelata ...
51 minutes ago