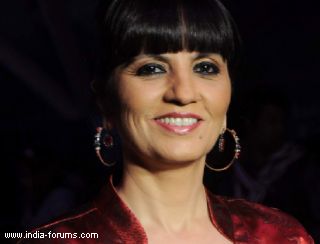 Designer Neeta Lulla, who was jointly named best costume designer with Niharika Khan at the 59th National Awards announced here Wednesday, says it was very special for her as it was for the Marathi film "Bal Gandharva".

The designer has previously won the National Awards for Bollywood movies "Lamhe", "Devdas" and "Jodhaa Akbar" released in the year 1991, 2002 and 2008 respectively.

"I just got the news from Ritesh Deshmukh. He was the first to call me and wish me. I received the honour three times in the past, but this time it holds a different importance because I got the appreciation for a Marathi film," Lulla told IANS.

She is still not sure how to celebrate the victory.

"As I said, I am still to receive the formal confirmation then only I can plan out the day. But yes, I am overwhelmed with the way life is shaping up," she added.

Subodh Bhave played the protagonist in the movie.

Lulla says it an experience of a lifetime to depict life through costumes.

"The man was famous for his roles of female characters in Marathi plays. Since women were not allowed to act on stage during his time, so he was seen maximum in saris in the films. I did a tough research task to get the feel of his character and then designed clothes. I still remember the days when his style of draping was followed by many women," she added.