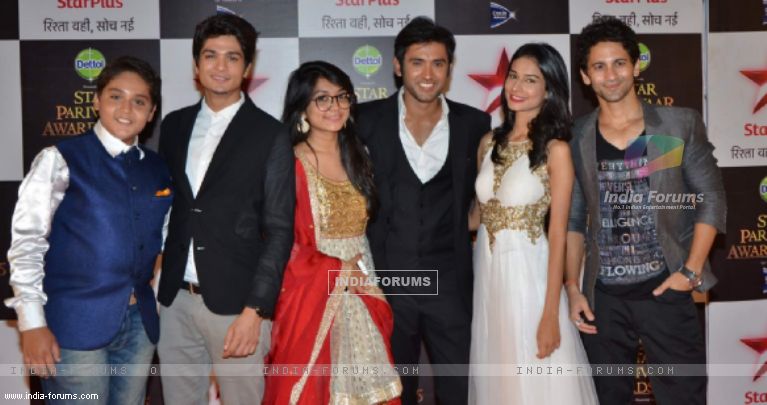 Well, it may not be false if we say larger the ensemble cast, more the ego clashes and competition! But something that makes Nisha and her cousins unique is the love, care and friendship that they share not only on screen but also off screen. In this informal talk with Nisha aka Aneri Vajani, she speaks about fun, masti and more that all of them share off screen!

Excitedly shares Aneri, "Our off screen bond is just like how it is showcased on screen. Most often we find ego clashes between actors of the show having major ensembles. But that is just not the case with us. Firstly, all the cousins are almost of the same age which helps us bond really well. Off lately, I seldom get a chance to shoot with the cousins because all my scenes are with Mishkat."

What Kind of bond do you share with your on screen cousins? "It was mad fun when we used to shoot together. All of us used to have our lunch together and if all of us brought something really boring, we would go out for lunch. At times, we did not really have time to move out for lunch so used to order something good that all of us would like. Besides that, we would just Dubsmash all the time when got free time between shoots."

Which would be your most unforgettable hilarious moment? "Once what happened was, I was in my make up room during break and Mishkat locked my room. Someone from the set shouted saying my scene is ready. I tried opening the door but it didn't so called up someone from the set to see what was wrong. When everyone came to check, they found Mishkat standing in front of the locked door. I kept shouting for almost ten minutes but they didn't open the door. Later, when Mishkat opened, I found everyone standing in front of me and laughing aloud. That was just crazy."

+ 3
5 years ago KNAUC seems awsum on screen and off screeen...aawww

5 years ago Miss the cousin scenes! They really are the highlight of the show! Glad to hear that they all get along very well as well!

5 years ago Lol...Mishkat is the all time prankster...poor Aneri...girl has to be on her toes with this guy...but really the greatest bonds come with understanding and support...I hope the cast and crew keep their friendship fir many years to come...thx for all the entertainment...love NAUC!!!

+ 2
5 years ago The ensemble has a superb bond is evident through social networking sites :)

Love onscreen and off screen bonds between the cast

Mishkat is through and through K and a prankster...#MishRi are so damn adorable!!! :)

But this seems a lil old interview coz recently there has been increased scenes between cousins :)