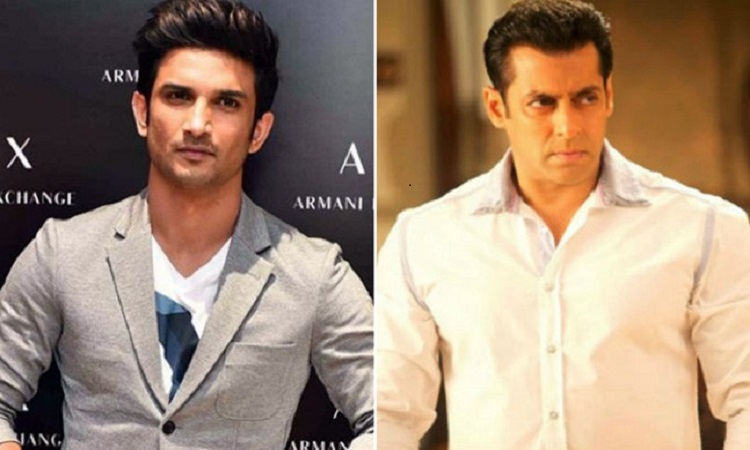 Now, who messes with Salman Khan well no one but, young and talented actor Sushant Singh Rajput seems to be on cloud nine since the success of his film "M.S. Dhoni: The Untold Story". The actor has been in the spotlight for all the wrong reasons this year. There have been talks about his behaviour post the success of MS Dhoni, being blunt with a reporter during the trailer launch of "Raabta", rude behaviour with the staff of a hotel during IIFA 2017, his several tantrums for the shoot of "Kedarnath" and now his misbehaviour with actor Sooraj Pancholi at a party.

Reportedly, Sushant behaved badly with Sooraj Pancholi at a recent party and this did not go well with Superstar Salman Khan. After all, Salman was the one to launched Sooraj a few years back and it is known to one and all that he is always protective towards the newbies in Bollywood whom he has launched. However, apparently, with his rude behaviour Sooraj was said to be shocked and soon his beloved mentor took Rajput's case.

As he is not the one to take sick behaviour apparently, he immediately called up Rajput and bashed him. Salman also asked Sushant to stay away from Sooraj from now on.

One knows that, once you are in the blacklist of Salman your career is gone with the wind.., so, Sushant immediately apologised Salman for his bad behaviour and promised him to never repeat it again.

+ 7
4 years ago Star kids and their Goddads :/ I don't see Pancholi going anywhere in his career though!

4 years ago Dunno what was the matter but children of actors always have godfather taking care of them. If anything happens just go to your godfather. Irrespective they are at fault or not, why can't they just stand up for themselves. Thats the reason why newcomers face difficulty in bollywood.