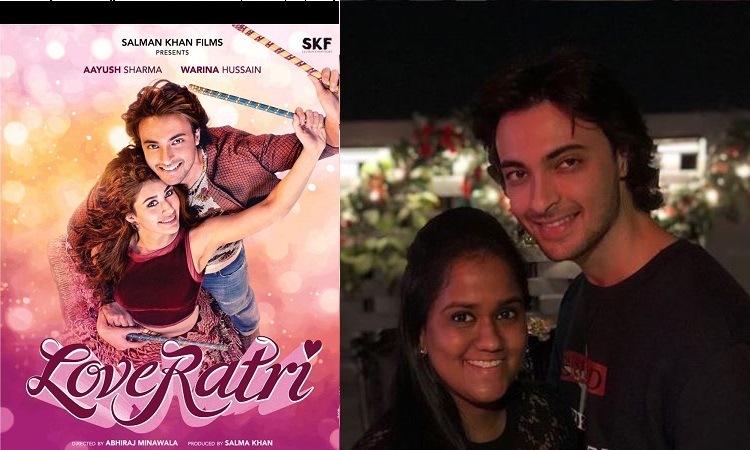 Loveratri is an upcoming Bollywood movie produced by Salman Khan's Salman Khan Films and directed by Abhiraj Minawala. The movie stars Salman Khan's brother-in-law Aayush Sharma and newcomer Warina Hussain in lead roles. However, the film marks both of themes debut in Bollywood.

However, the makers recently shared a still from the film of the actors which was shared by Salman, Arpita and Aayush. While when Arpita shared the still on her Instagram account she was showered with good wishes for her husband. But, one such commenter trolled Aayush's film Loveratri by saying, "No hard feelings, just an opinion, this seems like just another masala movie and I belong to that 10% population who is not at all interested in this film. And, movies apart I love your family little Ahil (her son)..he is cute" (Sic)

And this is what the Arpita has to reply the troller. 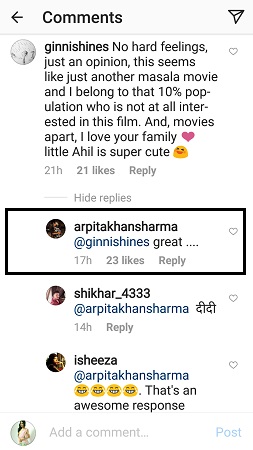 Inst that a short, sweet and an apt reply?

Meanwhile, the team recently wrapped up the second schedule in London and apart from the lead actors, Ronit Roy and Ram Kapoor are also having pivotal roles in the film.