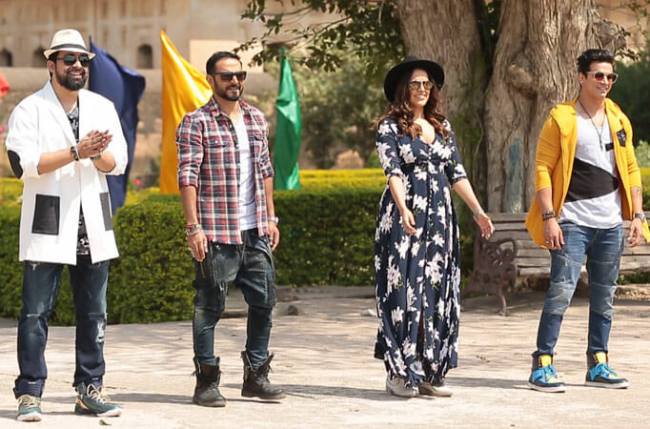 Neha Dhupia is quite like a fearless tigress who can turn the world upside down to protect her gang. Neha and her gang have been fighting tooth and nail to survive on MTV 'Roadies Rising' as the tasks get intense.

In one of the tasks, Neha and her gang were fighting against Nikhil and Rannvijay's gang for immunity. While the task got fierce, Nikhil made rude and mocking remarks at Neha's gang and that's when Neha lost her calm.

While Shweta from Neha's gang performed the task, Nikhil scoffed at her. Trying to demotivate Shweta as she performed her task, Nikhil said, "You are really stupid if you do that. That is rubbish."

This made Neha furious and she had to interfere to keep her gang's mojo up.

As Neha asked her gang members not to worry, Nikhil again got into his element and said, "Please be very worried. Play your own game because if we win we will target you."

When the task got over, an angry Neha said, "Nikhil was playing dirty. It was very uncool."

The veteran, Nikhil does take his tasks too seriously and he did admit that by saying, "Whenever a task begins I turn into a creature."

However, this didn't go down well with Neha.