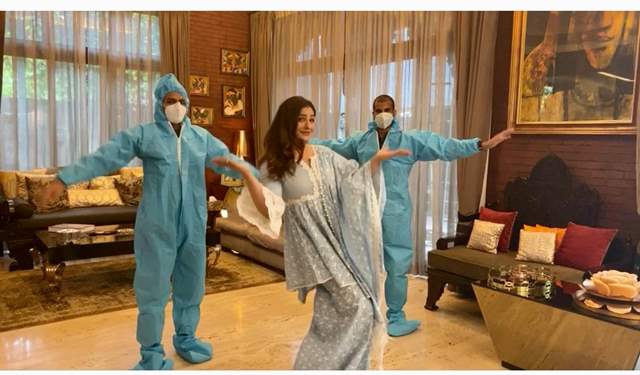 Making most of her time at home during lockdown, Bollywood diva Raveena Tandon has finally returned to shooting for an advertisement in Mumbai. It's after the long coronavirus induced gap of four months,the diva decided to shoot for a sanitiser brand adhering to safety precautions. Adapting to the new normal, the actress went on sets for the first time since the lockdown commenced. Quite active on social media, the star has time and again urged fans to stay safe and keep health as their top priority in these trying times.

Missing her team during the shoot of two ads, she stated that one realises the value of someone after they are not there. Raveena revealed that the shoot happened with all the necessary precautions and minimum crew members.

There were just two crew members present from the production and they had worn PPE kits. Opening up about her experience of working as per the new normal, the actress said, "The working scenario has changed but as we say, change is the only constant. With the new normal and limited crew members, it look us lesser time to complete. Only two members were allowed in the house, one being the camera man and the other was the sound recordist. They both were wearing the PPE kits and all their equipment was disinfected before they entered the house. I followed the social distancing norm with the crew members and I feel after this shoot, I am ready for the new normal."

Meanwhile, the actress recently got nostalgic and posted some BTS pictures from the sets of Anurag Kashyap's 'Bombay Velvet' which featured her in a special appearance. On the professional front, Raveena Tandon will be next 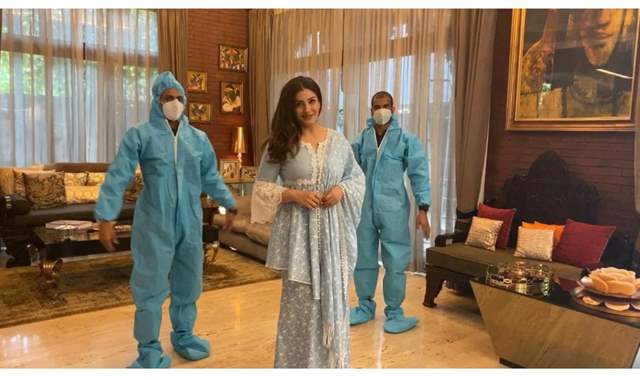 Hrithik Roshan's Emotional Post for Jadoo: "Some Friendships ...
13 minutes ago