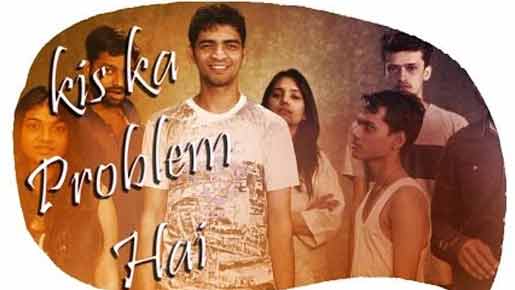 After protests and debates about the controversial Kiss of Love campaign, a video ridiculing the issue was released on online video sharing platform YouTube.

The video, available on YouTube's Being Indian channel comes from the stable of Culture Machine, which offers digital video entertainment for the internet generation.

The video, named "Kis Ka Problem Hai" was released Wednesday and has managed to get 102,084 views and 1,273 hits within one day.

It hints upon the Kiss of Love campaign, which is a non-violent protest against moral policing and a step to redefine lip-locking in public. The campaign has rubbed the police the wrong way as they find it "obscene".

The video aims to showcase the hypocritical behaviour of Indians. It highlights that issues like child labour and eve-teasing are being swept under the rug, whereas ways to show affection -- like hugging, kissing or holding hands in public -- are becoming a problem.

In the video, the actors draw comparisons between the civic wrong-doings of people with an act of public display of affection.

The video has been created to go beyond just entertainment and aims to spread a social message and awaken people through the means of humour.

Wedding Pics: Priyaank Sharma and Shaza Morani seal the day with a ...