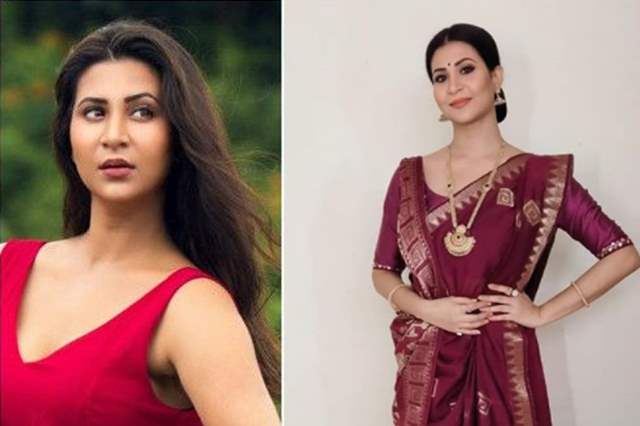 Interestingly, the TV industry is a medium that doesn't witness the obvious gender discrimination that happens in the movies. Tine and again, there have been a bundle of conversations about how female actors are not given their due in the big budget movie entertainers. On the contrary, TV industry is pretty much ruled by women and in fact, finding pound male characters on the small screen might be a challenge.

However, even though that is the case, there is one stereotype that still women face on the small screen and that is the age factor.

We have witnessed how once a TV actress, when crosses a certain amount of age and if isn't the leading lady is always cast as either the elder bhabhi or a times, even mothers. While that may not entirely be the case all the time, it is a prevalent one. Actor Parineeta Borthakur, who is best known for her role in Bepanaah recently opened up about this instance and gave her opinion on the same. In a chat with ETimes TV, Borthakur, who will soon be seen playing the role of Mridula in Gupta Brothers Chaar Kunware from Ganga Kinaare said, "There was a time in the industry that when you have crossed 25, you were either offered to play the eldest Bhabhi or the mother. But I am happy that slowly things are changing in the industry and people have started accepting the change. I get a lot of messages from people on Instagram asking 'why are you playing a mother at such a young age'. But I have always said for me it is all about acting. Just because I am playing a 40-year-old, I don't become that. Now, that I have got this role, I hope people like me and I am happy that the change has become and it is a very positive step for the TV industry."

Borthakur has herself played a mother to actors who have been either older than her in real life or of the same age. On that she said, "I have played mother to an actor who was older than me, but I don't regret doing it because the character I played was not only a mother, it had much more to it. When I played Sharmistha in Swaragini she was a very different woman. She was a self made woman, she had her journey and story. Even Anjana is Bepannaah, I played an extremely possessive person and I did everything out of love but in a negative way. So, I feel every character that I've done doesn't matter what the age is, what matters to me is the role. In this I am playing my own age which I am extremely happy about. Also, the character is very important and it is one of the main leads and it is very interesting."

Talking about her role in Bepanaah, Borthakur said, "I am playing a Bengali character Mridula. Nobody knows where she came from, nobody knows anything about her. These four Gupta Brothers have taken a swear that they will stay bachelors all their life and not get married. So, my character not only enters their house but also takes over everything. I have entered their life and they have no option. They can love me, hate me but can't ignore me. I trouble them a lot and at the same time I am not a negative character at all. I am a naughty person in the show. On TV mostly when a woman creates troubles she is always shown as negative, but this character of Mridula is not like that. I love the role and it is written very well."

We wish her all the best.