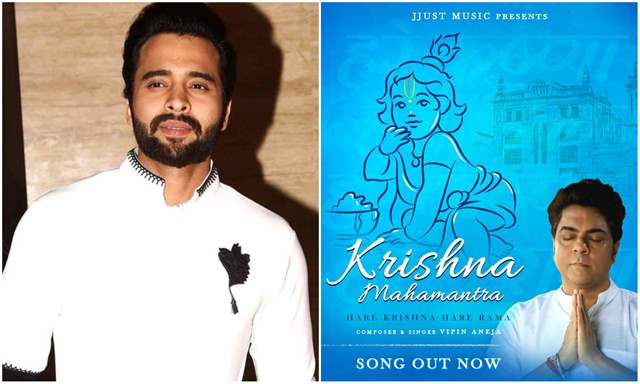 Actor-Producer Jackky Bhagnani and his label titled Jjust music recently announced their dedication to Lord Krishna with a mesmerising poster to celebrate his birth. Now, on the occasion of Janmashtami, Jackky and Jjust music have released their first ever devotional track- Krishna Mahamantra and it is the most calming track we could listen to ever. With a soothing celebration of the divine, Krishna Mahamantra brings the essence of the power that Krishna is; yet again, Jackky’s label brings a gem.

Jjust Music took to their handle and posted, “We feel super blessed to give you all the divine melody on this auspicious day of Lord Krishna’s birthday! Check out the #Janmashtami special melody with @vipinaneja Happy Janmashtami to everyone! @jackkybhagnani @musicmanisha #JjustMusic #KrishnaMahamantra #HareKrishnaHareRama”

His label, Jjust music recently marked its one year anniversary and through the year, Jackky has ensured to bring some beautiful melodies. Jackky Bhagnani had announced that a new song titled 'Krishna Mahamantra' will be out on Janmashtami along with the unveiling of the mesmerising poster which received a great response from all across.

The song is a beautiful Mantra composed and sung by Vipin Aneja and produced by Jjust music.

Earlier, the biggest anthem of positivity was also delivered by his label- J just music which was a huge hit. The song Muskurayega India featured Akshay Kumar, Kartik Aryan, Tiger Shroff, Vicky Kaushal, Kriti Sanon, Kiara Advani, Ayushmaan Khurrana, Rajkumar Rao, the list goes on and on. All the songs that his label has created, have found its right place and have gone on to become huge successes. On this pious occasion now, we have Krishna Mahamantra to immerse ourselves in the essence of Krishna and celebrate his birth.